The tennis tour is not just about winning Wimbledon. On both the ATP & WTA tours various records are being broken every week and players are continually raising the bar in different areas. In this article we look at some of the top records in the tennis world today and their current holders.

In tennis the number of grand slam titles you have won tends to define your career. The term “Greatest Player of All Time” is used a lot and this tends to be awarded to the player who has won the most Grand Slam titles. This record like so many others is currently held by Roger Federer whose tally stands at 17 and you would not bet against him picking up another before he finally hangs up his racket.

The American legend Pete Sampras held this record for some time and it was thought that he would not be caught but in the Wimbledon final of 2009 Pete’s record was broken. In that final another American in the shape of Andy Roddick did his best to keep the Sampras record intact but after five sets of gruelling tennis Roger Federer raised the Grand Slam title bar.

Federer continues to play at the age of 34 showing no signs of retirement and although he won’t admit it, part of the reason for this will be to keep this record intact. Just 3 Grand Slams behind Federer is Rafael Nadal on 14. Nadal is on something of a form dip at present but if he can regain something of his former self then the French Open alone could allow him to catch the Swiss. And we can’t write off Novak Djokovic.

The Serb is currently on 9 Grand Slam titles but with the form he has shown for the duration of the 2015 season he is certainly in with a chance. With the aging Federer and struggling form of Nadal he may soon get a period with limited competition.

Most Grand Slams on the women’s side is held by the Australian Margaret Court standing at an amazing 24 titles. This record has been standing since the 1960s. Steffi Graf is just behind on 22 and Serena Williams is third on 21. At 33 years old Serena Williams is still active on the tour and is playing some of the best tennis we have seen in her career. Court’s record of 24 majors is firmly in her sights. Most Grand Slam titles is without doubt the top tennis record that every player wants to achieve. 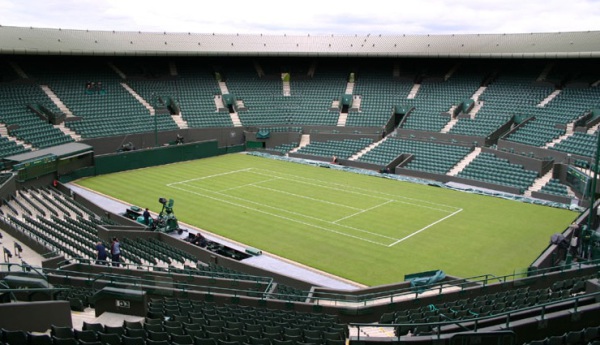 Longest Undefeated Run on all Surfaces

The longest winning streak on all surfaces came on the WTA tour back in 1984. It was achieved by Martina Navratilova and was a staggering 74 matches. In this year Navratilova remained undefeated for the majority of the tennis season starting on the 20th February before finally being beaten at the semi-final of the Australian Open in December.  This run produced 13 straight titles, 3 of which were at Grand Slam level.

This is a record that has now stood for over 30 years and is unlikely to be beaten any time soon. On the men’s side Bjorn Borg has the longest undefeated streak on all surfaces at a modest 49 matches. Novak Djokovic came close to toppling this back in 2011 but fell short by just 6 matches.

Most Consecutive Weeks at Number 1

This record is a sign of dominance and highlights periods where one player was somewhat untouchable by the rest of the field. In the men’s game the record is held by Roger Federer. Federer managed a massive 237 weeks at the top of the game which is an incredible 77 weeks better than second placed Jimmy Connors. With other spells as world number 1 Federer has achieved a total of 302 weeks at the top which is a record he is likely to hold for years to come.

On the women’s side it is Steffi Graf with her record standing at 186 consecutive weeks at world number 1. Graf tops Federer for total weeks in the top spot however with a staggering 377 weeks. Graf’s career was also shorter than Federer’s retiring at the age of 30. It is important to note that Serena Williams who is active can topple this record and is likely to do so. She sits on 132 consecutive weeks at number 1 and currently holds all 4 grand slam titles which pretty much guarantees her the top spot for at least the next 6 months.

The King of Clay

The title “King of Clay” is given to the player who is deemed to be the best player to have played on the clay surface alone and this belongs to Rafael Nadal. For many years the Argentina born Guillermo Vilas was renowned for his clay court prowess until a young Spaniard from Mallorca entered the equation. Nadal achieved an 81 consecutive match winning streak on the clay between 2005 and 2007 eventually beaten by Roger Federer in Hamburg. Although this is not an official award “The King of Clay” is a recognised achievement by tennis fans.

For this record we also include pre 2009 results when the current Masters 1000 events were known as the ATP Masters Series.  The Masters 1000 tournaments are one tier down from the grand slams and there are 9 events spread across the year. Rafa Nadal holds this record with 27 Masters titles to his name with Federer and Djokovic both hot on his heels at 24. Nadal has not won a Masters title for over a year now which has allowed his rivals to close in on his tally.

The interesting thing about all of the records talked about in this article is that the majority of them are held by players who are active today. Federer, Nadal, Djokovic and Williams are really pushing back the boundaries of what is possible in the game. This highlights the golden era of tennis we are currently experiencing.

Lee is a writer for World Tennis Trading and is passionate about tennis. He follows the sport around the globe and keeps up to date with the latest news. Lee earns an income from the sport he loves.

What Are Surfboards and Their Types Available For New Surfers?

Qualities Of A Great Sports Bar

The Best Trainers That You Can Buy