Welcome, today we’ll be looking at the list of  Top 10 Elite Special Forces around the world. It’s time to lock and load, but should you fail your mission, They reserve the right to disavow all knowledge of your enjoyment of this post because they are part of some strongest military in the world.

For this list, we’ll be looking at some of the deadliest and clandestine military units that specialize in high-risk operations such as infiltration, hostage rescue, and reconnaissance.

After the deadly terrorist attack at the 1972 Olympics in Munich, France assembled an elite SWAT team designed to specifically deal with hostage situations, but whose expertise has since broadened in scope. With approximately 380 operatives, each member undergoes a rigorous training period of 14 months that is comprised of weapons training, airborne insertion, and survival skills in almost any environment.

The GIGN also has one of the best shooting schools in the world, producing some of the most skilled long-range marksmen in the field today. Although their operations are largely classified, the successful rescue of 166 hostages from a hijacked Air France flight in 1994 solidified the GIGN’s reputation for tactical prowess.

When Poland sends in their special forces, they bring the thunder–quite literally too, since that’s what “grom” means in several Slavic languages. After a couple of unsuccessful proposals, the Polish government finally agreed to form a counter-terrorism unit in 1990 following the takeover of one of their embassies in Switzerland, as well as the shooting deaths of two Polish diplomats in Beirut.

Modeled after and trained by some of the most elite forces in the world such as Delta Force and the SAS, this group of soldiers specializes in creating havoc behind enemy lines along with severely disrupting terrorist activity. Apart from being expert killers, three-quarters of GROM are trained medics, because the best defense is a good offense.

This top-secret branch of the Israeli Defense Force (IDF) specializes in deep reconnaissance and intelligence gathering techniques. It is closely modeled after the British SAS, going so far as to even borrow their motto, “Who dares, wins.” After completing a rigorous and exhausting selection process, recruits undergo approximately a year-and-a-half’s worth of training, including counter-terrorism, parachuting, and multiple forms of combat such as Krav Maga, a brutal style of self defense that was created by the IDF itself.

Unlike Israel’s naval commandos, Shayetet 13, Sayeret Matkal is primarily a strategic unit whose missions are meticulously planned, and are so secretive that they are not allowed to wear their insignia in public, because plausible deniability is the name of the game.

Consisting of roughly 5600 soldiers, the SSG has been active since 1956 and has been the main special operations unit of Pakistan’s army. Training of its members is heavily focused on physical preparation with only a small percentage of hopeful recruits making it through the process. They have conducted exercises with elite forces from the United States, Turkey, as well as China, refining techniques in mountain warfare, and are also regarded as having one of the toughest combat diving courses in the world.

Being in such close proximity to Afghanistan, this unit has been a key player in the war on terror and is credited as being responsible for the death of the Global Operations Chief of al-Qaeda. 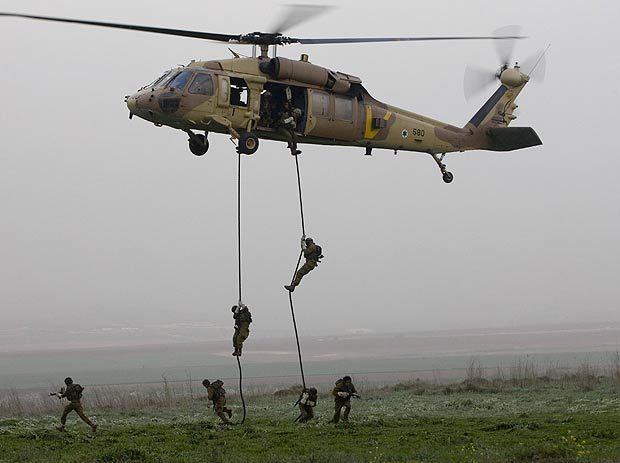 Yet another group copied after the training and selection process of the British SAS, Australian Special Forces breed some of the deadliest warriors on the battlefield. The main focus of this regiment is counter-terrorism, peacekeeping as well as quelling domestic situations. Recruits are handpicked from within the military then weeded out during an intense three-week course where prospective trainees are subjected to a battery of physical and mental evaluations.

Smaller reconnaissance squads, skilled in evasion tactics, allow them to slip in and out of enemy territory to gather intelligence, and are also used to “paint” targets for surgical air strikes. These guys can snatch high value personnel or blow up airfields faster than a dingo can eat a baby.

Oh, Canada, who even knew you had a team of Special Forces? Probably not many, because apparently it’s mandated by the government to never mention their existence. But not only do they exist, they are also considered to be one of most elite forces operating in the world today! Active since 1993, there is little known about this highly classified unit, but they have played instrumental roles in arenas worldwide such as Libya, Haiti, and Afghanistan.

Their involvement in the rescue of three peacemakers in Iraq was lauded by British and US officials. Apart from acting as bodyguards to military and government executives travelling outside of the country, they also helped secure facilities during the 2010 Winter Olympics.

Officially known as the 1st Special Forces Operational Detachment-Delta, it’s almost impossible for a list like this not to include these bad boys. Established in 1977, this group of operatives excels at missions involving counter-terrorism, hostage rescue and reconnaissance. Like most other special forces, members are chosen from within the military, and the percentage of those who actually pass remains incredibly low.

However, once successful, further vetting from the CIA can result in Delta operators inducted into even more highly covert units. Although most of their operations are classified, their involvement has come to be known during Operation Desert Storm as well as Operation Gothic Serpent, which was made famous in Ridley Scott’s “Black Hawk Down.”

If there’s one thing to learn from history, it’s never to underestimate the Russian military … like, ever. While little is known about what exactly Alpha Group’s primary objectives are, their scope has extended over the years from strictly domestic missions to include those abroad. We also know that no matter where they operate, it would appear collateral damage is not of the highest concern. Whether it be assassinating a young boy while forcing a regime change in Afghanistan, or dozens of hostages being killed during a botched rescue attempt on home soil, Alpha will get the job done, even if they have to level an entire city block in the process.

Unlike their Delta brothers, this team of soldiers is widely acknowledged by the military and praised for their superior tactics in sea, air, or land—hence, SEAL. Trainees must undergo the trials and tribulations of the infamous “Hell week”: a six-day endurance course where hopeful candidates undertake a series of grueling challenges, all the while operating on less than four hours of sleep.

SEAL groups are broken up into teams of 1 to 5, and 7 to 10 respectively, with the specially designated Team Six, being the best of the best, requiring even more training than “regular” members. These are the guys responsible for killing Osama bin Laden, and rescuing Tom Hanks, we mean Captain Phillips, from Somali pirates in the Indian Ocean.

Considered the best in the world, there’s a reason so many other countries have used these guys as a template for their own branch of Special Forces. For example, their endurance test is a notorious race against time, where troops traverse 40 miles in full gear over a mountain in 20 hours, before having to run 4 miles in 30 minutes and then swim 2 miles in under 90 minutes.

Although it’s becoming harder to distinguish between the SAS and SBS–which stands for Special Boat Service– the latter’s diverse nature and additional training makes them better equipped to handle a wider variety of situations. And despite being active since World War II, their storming of an Iranian embassy in 1980 was what brought the regiment worldwide recognition.

Hi, I am Rezan Ferdous. I own a website called Listlar.com. There I post fresh and cool top lists on… umm .. lest say everything but no brainer.

How To Beat Car Salesperson?

How You Can Create A Great Customer Electronics Consumer Evaluation

How to Use Kratom as a Study Aid?