The end of clubbing as we know it?

A recent report suggest that we might be witnessing the ‘death of the nightclub’. But London’s West End venues seem to be bucking the trend.

Partygoers in the UK might be weeping into their cocktails at the recent news that we are witnessing the death of the nightclub.

This is according to the Association of Licensed Multiple Retailers, whose figures show that the number of nightclubs in the UK has almost halved over the last ten years – from 3,144 in 2005 to 1,733 today.

There are many suggested reasons for this apparent decline, including a change in licensing laws which has led to increased competition from pubs and bars, student tuition fees, and even property prices. But the biggest cause seems to be down to a change in habits.

With technology at our fingertips, we can access entertainment in a number of forms at the touch of a button. And as we get used to getting what we want, when we want it, we become ever more demanding consumers – so if nightclubs fail to meet our expectations, they are swiftly rejected in favour of something new. And there are plenty of other options waiting to take their place, from secret cinemas to pop-up restaurants, beer festivals to live bands.

With these factors in mind, it’s not difficult to understand why the clubbing sector might be struggling. But it’s not all doom and gloom. 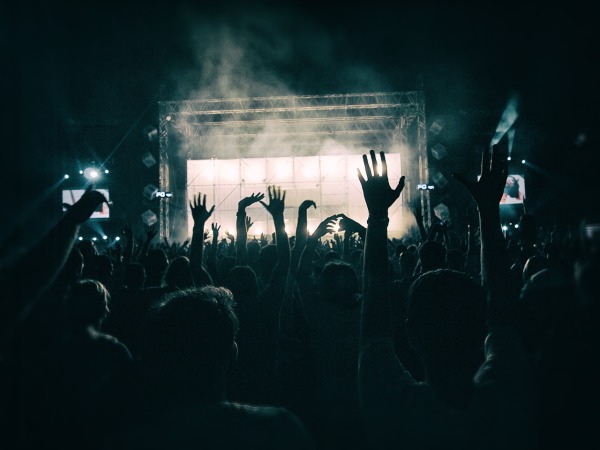 While these findings may give clubbers some food for thought, we’re convinced that reports of the ‘death’ of the nightclub are somewhat exaggerated – in London’s West End at least!

Renowned for the variety and quality of its nightlife, London is viewed as a top party destination, attracting revellers from across the UK and further afield. And with people continuing to flock to the city’s nightclubs every Friday and Saturday night (as well as through the week!), its popularity doesn’t look like waning any time soon.

To stay ahead of the game and remain relevant, nightclubs need to offer something different to partygoers. And this is what West End clubs do so well.

Take Kensington Roof Gardens for example. Where else would you find a venue with lush gardens, impressive London views and real life flamingos?! This glamorous hideaway also offers a fantastic party vibe with a great mix of floor-fillers that keeps the young professional crowd dancing until the early hours.

Another West End venue offering a unique take on nightclubbing is No 5 Cavendish Square. This nightclub/restaurant hybrid is housed in a five-storey townhouse just a stone’s throw from John Lewis and is renowned for its extensive drinks list, which features more than 150 different wines. Inside, there is plenty for revellers to explore, with an underground club, two main bars, a roof terrace and even a whiskey room.

And it’s not just the newer kids on the block who are enjoying success. Café de Paris opened its doors in 1924 and continues to be one of the most popular venues in the capital. With opulent vintage surroundings, cabaret shows and big name appearances, Café de Paris is a perfect example of how to keep your customers coming back for more.

Far from struggling, these types of clubs are able to fill their venues week after week – with many even operating exclusive guest list policies.

So maybe the nightclub isn’t doomed. Maybe it’s just the sleazy, sticky-floored venues we all remember from our youth that are on their deathbed. And, nostalgia aside, that’s no bad thing! To compete in today’s market, clubs need to provide world-class entertainment with unique touches that really set them apart from the crowd.

And, those clubs who are willing to innovate and offer an alternative to the ‘same old’ nights out could have a long and successful life ahead of them.

Paul Norman is the account manager at Velvet PR. If you want to get into London’s top clubs, contact Paul today.

How Profitable The Online Casinos Are?

Lehanga Trends To Look Out For In 2018

Tips To Choose The Perfect Accessories To Match Your Wedding Wear

The Benefits Of Plastic Surgery

Surprise Your Loved One In The U.K. With Birthday Flowers and Balloons