American psychiatrist, philosopher, author and motivational speaker Dr Wayne Dyer said, “if you change the way you look at things, the things you look at will change”. Wayne Dyer wrote on his blog about this maxim and how it is proven by the laws of quantum physics.

Our Beliefs Create Our Reality

Our thoughts and beliefs create our reality, sadly not many people realise this fact but it is the truth. It is even sadder that most people think their thoughts are their own, they are not. Jiddu Krishnamurti was an Indian philosopher, speaker and author (although he didn’t like categories) he was famous for telling his followers that their mind was not their own and that belief was the ultimate illusion. Believe nothing was Jiddu Krishnamurti’s philosophy. I am not sure you will find anyone who believes nothing if you believe that you should believe nothing you still hold at least one belief.

Jiddu Krishnamurti didn’t like people trying to interpret his philosophies, everyone has a different perspective on everything and no two people would interpret the same statement in exactly the same way. Our perspective is created by our beliefs and our beliefs are learned from our parents, peers, teachers, other family members and society at large. You can see proof of how the society we live in shapes our beliefs by looking at different countries around the world and seeing how their religions, beliefs and values differ.

Many people go through their lives blaming other people for their problems and the situations they find themselves in, not realising that it is their beliefs that create their actions and it is their reactions to the actions that their beliefs have created which causes their reality. For every action, there is a reaction, in Hindu and Buddhist belief this is known as karma. Karma is misunderstood, in Western society, we seem to believe that we earn brownie points by doing good things and lose them by doing bad ones. What karma really means is that every deed good or bad sets up another. Like attracts like so if we are aggressive we will attract aggression, if we are kind we will attract kindness if we are positive we will attract positive things and so on. 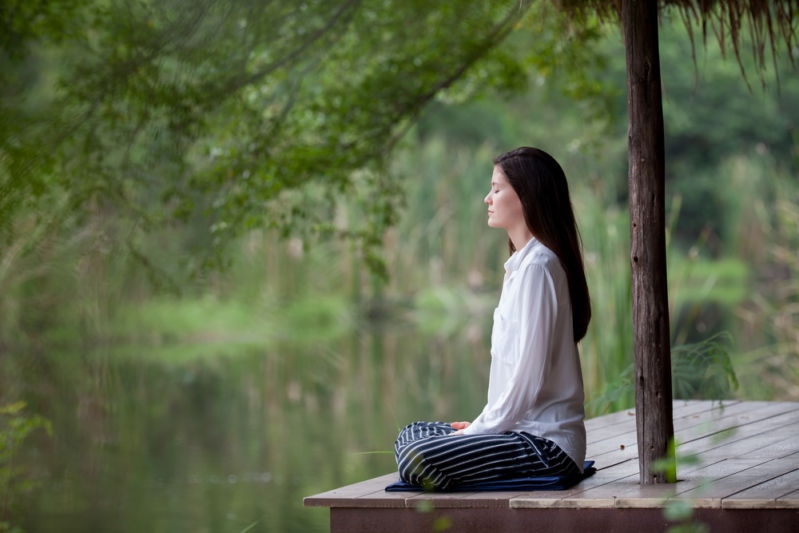 Eastern philosophy tells us that if we want to gain control of our reality we have to give up control, we have to realise that our thoughts are not our own, we can’t change the weather, we can’t control who loves us, we don’t even have conscious control over whether or not we wake up in the morning. Buddhists tell us that our mind is like a drunken monkey.

The only thing we have any hope of ever being able to control is our monkey mind, our thoughts create our reality so if we can control our mind we can control our reality. One way we can learn how to control our mind is by finding a zen master who will tell us a few koans and teach us how to meditate for 16 hours a day, for many of us this is not a practical solution. Buddhist philosophy at its most extreme teaches us that to find inner peace we need to give up all attachments, even our children and to live without desire. Giving up attachment is not possible for many westerners and that’s where NLP can help.

Neuro-Linguistic Programming was developed in the 1970s by two men called Richard Bandler and John Grinder, the story is that they studied the most successful people of the time and developed methods to emulate them. NLP was heavily influenced by the work of Milton Erickson, Erickson was an extremely successful hypnotherapist who developed a means of communicating with the subconscious mind. When many people hear the words Neuro-Linguistic Programming they are wary, they think it is to do with mind reading, manipulation and NLP party tricks.

Mind reading is not an NLP technique but practitioners of NLP do believe they can tell whether a person is lying by the way their eyes move. Manipulation can be good or bad, when you learn more about NLP you will know how to spot when you are being manipulated by politicians and salespeople. When used ethically some NLP techniques such as anchoring and reframing can be used to positively improve your own life and the lives of others around you.

To learn more about hypnosis and NLP visit the Mind Persuasion Facebook page.

For The Irish, There Is Nothing Like High-Quality Irish-Themed Gifts

The Death Of The Nightclub

What Camping Gear And Equipment Should You Take With You?

The Habits You Need To Break To Up Your Grooming Game

Dog Waste Bag – A Cutting Edge One Is Certainly Needed