These were the same days about a year back when the rumours started to hit the web regarding the upcoming Google branded “Nexus” device. At that time, we heard that Google might ditch Samsung and give the contract to manufacture its device to Motorola, Sony or LG. And at last, we saw Google announcing the Google LG Nexus 4 in September.

However, we still can’t say that those rumours were pointless while recommending that Google might give the contract to Motorola to manufacture its phone because just a few days back, the rumours again started to hit the web saying that Motorola is trying its level best to manufacture its Google X-phone. Apart from this, we recently also got another exciting rumour regarding Motorola’s Google X-phone. Jump over to the text after the hop to discover – 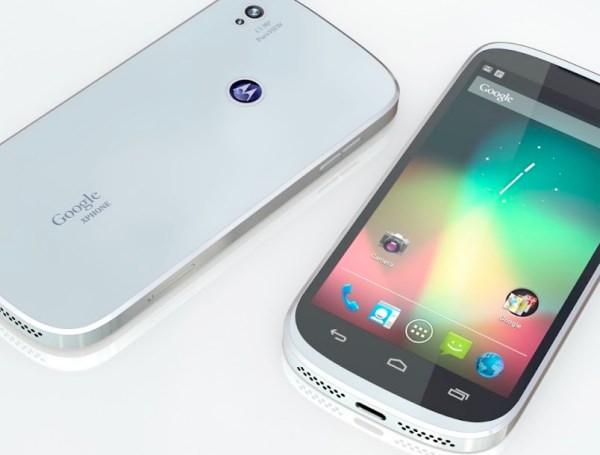 One of your authentic reporters just reported us that Motorola’s Google X-phone will allow its buyer to choose the specs and hardware his/herself, as a matter of fact, the buyer will be able to choose its colour, RAM, storage and everything else which lies under the field of “specs” . The only thing which is sure about the Motorola Google X-phone is that it will boast an 8-core processor in which, one core of it will be reserved for a new feature which might be something like Siri – this feature is dubbed as human language system by Motorola. After choosing the specs of the Motorola X-Phone, its price will be decided. As the Motorola X-Phone will be a Google branded phone, therefore it will most probably be available for purchase on Google Play Store. It was previously also reported that the X-Phone will not only be a single smartphone by Motorola but a full series of Google branded phones, or we can say that it will be a series of smartphones like Samsung’s Galaxy series (assuming all of them to be Google branded).

Where Will Be Nexus Gone?

This question also came into my mind right after I got the news a few weeks ago that Motorola’s X-Phone will not only be a single smartphone but a full series of phones in which all of them will be tagged as Google manufactured smartphones. But how is that possible?, Google used to announced only one of its smartphone each year which was known as the Nexus device, well, in fact, nothing can be said at this time because perhaps, all these rumours are fake.

Maybe, Motorola only manufactures one Google smartphone and on the other hand, Google might be thinking of changing the typical “Nexus” name and replace it with X-Phone. Or perhaps, Google might start to introduce multiple Google branded smartphones each year in co-operation with Motorola and call it as the X-Phone. But still, as I said before, nothing can be said at this stage. Let us wait and watch this X-Phone coming.

Now you might be wondering that when is this big thing going to come. Here is the answer then – it will be announced on Google I/O 2013 in May and will hit the market in June (if the rumours are authentic).

The Benefits Of A Fully Functioning Maritime Tracking And Surveillance Programme

What You Must Not Do After A Car Accident?

How To Pick The Best Bug Out Bag For Outings