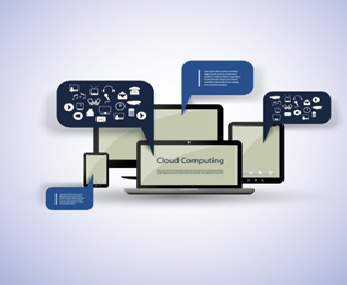 The state of Maharashtra in India has a population of nearly 100 million people. Its capital, Mumbai, is one of India’s most vibrant cities. Maharashtra is the wealthiest state in India, contributing to 13 percent of the country’s GDP. The territory covers 10 percent of India’s entire geographic area.

In the U.S., states struggle with e-governance, but no state’s population even approaches the population of Maharashtra. To put it into perspective, California has the most citizens with about 38 million people. To deal with the complexities of e-governance for its population, Maharashtra has turned to private industry for its new solution, the MahaGov Cloud. Officials hope cloud computing will save money while enabling better service to Maharashtra citizens. In fact, the Government of India is looking to Maharashtra’s example as it deploys a national cloud.

E-Governance in India and the GI Cloud Roadmap

The Government of India initiated its National E-Governance Plan in 2006 to make government services accessible to all Indian citizens regardless of their localities; however, the government soon discovered that while ICT infrastructure was implemented by states rather quickly, application delivery lagged behind because many agency personnel lacked the expertise for large-scale application delivery and procurement.

To solve the problem, the Department of Electronics and IT (DeitY) decided to enable shared application delivery via a nationwide cloud called the GI Cloud. The cloud builds on both new and existing infrastructure, setting up multiple discrete cloud-computing environments across multiple locations.

As long as the cloud is built on open-source standards, the government believes that the environment can encourage healthy competition between vendors that want different elements of the platform. States or municipalities could share support service functions like Help Desk, which enables them to save money on staffing and infrastructure costs. Also, state clouds can either associate with the GI Cloud as independent environments or become part of the GI Cloud by lending their infrastructures to the task.

India’s national e-gov app store will set up a common platform for running and hosting applications developed by both private players and government agencies within National Clouds. The types of applications that will be prioritized include widely used applications like payment services, messaging platforms and management information system (MIS) reporting. Departments can use e-gov applications either by accessing them through the cloud or downloading them locally. The store will also host non-cloud applications that are easy to deploy with the appropriate customization.

Before deploying the GI Cloud, DeitY needs to compare the infrastructure and application requirements for the national cloud with the existing capacity at government data centers. DeitY has also envisaged five major challenges that may hinder cloud adoption:

In 2012, the Business Software Alliance ranked the 24 countries that comprise 80 percent of the world’s information and communications technology (ICT) market. Of these 24, India ranked 19th for three main reasons: lack of awareness of the cloud, lack of computerized government resources and lack of policy. With the development of the GI Cloud Roadmap, India hopes to improve its e-governance service delivery through the cloud.

About the Author: Vijay Aggarwal writes about issues regarding VMware hosting and the general IT landscape.

Should You Buy, Lease Or Rent Construction Equipment?

Getting Into The International Legal Sector

7 Tips Your Boss Needs To Know About Evernote

Maintaining Versatility: The Importance of Cloud Computing in the Modern World

Adjusting After an Accident