Video Entertainment Goes to the Cloud

When was the last time you looked at your cable bill? Has the rate gone up? Chances are it has, as most providers constantly seem to raise their rates on unsuspecting customers. Now, with Netflix, Hulu Plus and similar services, people in your situation can stream their entertainment of choice over their computer or other wireless device, rather than actually downloading (illegally or otherwise) movies or shows or digging out the rabbit ears. As long as your favorite shows are carried by one of these streaming services, you can easily ditch the cable company and still enjoy your favorite entertainment.

The Gaming Industry Is Changing

Since gamers first blew on Nintendo cartridges to get them working, gamers have understood the importance of a physical medium with their games. Cloud computing is ever-so-slowly changing that. Microsoft is pushing the cloud as an option for extra save space at the same time they’re pushing Xbox owners to buy their games as downloads. Once gamers start to fill up their hard drives with downloaded games, they can start using space on the cloud.

Xbox is taking this a step further, though, through the cloud. Now, gamers who have an Xbox 360 console can save their games directly to the cloud, rather than on their console. This means that they can open their game on a different console, such as the one on the TV in their bedroom or the one at their friend’s house. This is technology you couldn’t even have dreamed of 10 years ago, when the “Game Genie” was still considered high tech. 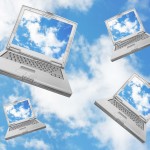 The Cloud Is Changing the Music Industry

It will not be long before a collection of CDs will be a thing of the past, much like cassettes and eight-tracks. Today’s music fan is already using mp3 players and digital copies of their music to enjoy it on the go. Yet, mp3 players can only hold a finite number of songs. If yours is full and you want to add a new song, you will have to find one to delete.

Streaming on-demand music services like Panodora and Spotify are giving music lovers access to all the music they want, all the time, with almost instant access to tap into when they want to hear a song. These utilize cloud technology to give you the ability to stream a song whenever you want. While you may not own the album or song any longer, like you do when you buy a CD or mp3, you have access to just about any song you want, any time you want. It’s likely that many will still utilize local storage, though.

Cloud technology is making data more readily accessible around every turn, and this is clearly seen in changes to modern technology. With this technology, it will not be long before you can stream just about any entertainment option from just about anywhere you have access to the cloud. Whether you are streaming video onto your mobile device or tuning into Spotify on your laptop, chances are you are going to be using the cloud for entertainment sometime in the near future.

Agency vs. In-House SEO: Which is Right for Your Business?

The Importance of SEO Link Building