To understand Product placement and how it can benefit a product, perhaps one of the best examples will undoubtedly be James Bond, as we can see so many different products being placed in that series, for example, Aston Martin, BMW, OMEGA to Reid and Taylor. 1995’s GoldenEye was the first Bond film to star Pierce Brosnan as 007 and it was the first time in a James Bond series, Spy Car was replaced, it wasn’t Aston Martin anymore. Instead, the British agent got around in a Z3 by BMW. BMW made a 3 picture deal with the filmmakers giving them a huge amount of money, it was a very risky thing to do but, they knew the value of James Bond series in the eyes of their consumers, people loved James bond especially young men, who were the actual target market of BMW cars. This effort by the BMW marketing team paid off superbly! As they received 9,000 orders for the car the month after the movie was released. This is the best example to understand the power of Product Placement done in the right way. Despite having so many benefits, Product placement has often faced a lot of criticism regarding its implementation. 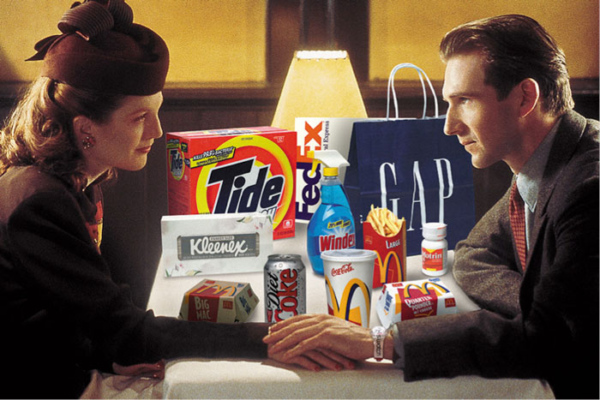 “Never write an advertisement which you wouldn’t want your family to read. You wouldn’t tell lies to your own wife. Don’t tell them to mine.” – David Ogilvy.

Sometimes in some cases, it has been observed that product placement doesn’t make sense at all, because out of nowhere they start promoting a product which has no link with the storyline of the movie, this can give a huge negative impact, and badly affect the image of the movie as well as the product. So if not done in the right manner, product placement can strike back. The latest James Bond movie Casino Royale has been criticized for being too much like “one long commercial”. To learn about marketing through product placement, marketers can opt for different online marketing and ethics courses offered by some renowned online academic websites. These websites also provide Essay, Assignment and Dissertation Services, providing high-quality work done by professional Essay, Assignment and Dissertation Writers.

It is difficult to fool customers these days. Due to the rise of the internet and social media, customers have more knowledge than they ever had before, product placement may even put a negative impression in the eyes of the customers, as they may think that it is a desperate move of the company to promote their products.

Alcohol and Tobacco commercials are banned in a lot of countries in the world. And these restrictions are getting worse, but perhaps the only promotion which is used in those countries is product placement. These tobacco companies are promoting their products through movies and TV serials. As a result Product placement is banned in some countries.

Marketing ethics have been designed and strictly followed in a lot of countries. The reason why child marketing is criticized all around the globe is that it manipulates their mind and behavior, but a lot of times it has been observed that many cases product place mat is used to attract kids, like for example using different cartoon shows to attract kids to force their parents to buy a product, which is considered to be highly unethical and this way of marketing is criticized throughout the world.

Things To Learns Before Buying Property In Allahabad

The Top Advantages Of Using PVC Banners For Your Business