Are you looking to make your first impression on the music world? Then here are some tips to making a wonderful musical CD album.

As a first step in selling your talent, prepare a music playlist. CD printing is done on the basis of the number of songs you have. So, dear band mates, it is the time to decide to make the lyrics in order and sequence it. Finalize how many songs you plan to release in your first album. Before you start recording at the studio, count on the songs to make your album. CD recording have two criteria for music- Extended Play (EP) records and Long Play (LP) records. An EP record consists up to five songs in a CD. Long Play records carry large disc space with ten to twelve songs. The music albums of new artists you own today have an LP recording. Budget is a crucial factor for you in deciding EP or LP for your music album. If you are confident that you can bring fans with selling millions of copies, it is not an impossible task to spend few thousand dollars to spread your music! 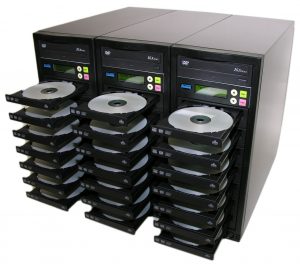 Cost depends on the time you spend at the recording studio along with the quality of the CD printing. You can seek the help of Band managers to negotiate with the productions house in arriving at a feasible price for recording your musical album. The best and tactical way to sort out this issue is hiring a band agency who knows the tips and techniques in managing a music business. There are also bands that release EP records with live concerts performed at various venues. There exist another option to record your songs in a make shift studio. If your passion to music combines to taking risk, never worry about recording each song with taking enough time. For all your efforts, you realize fruit through calculating how much revenue you earned on selling the album along with the number of fans you get. Internet can bring you these analytics with ease and simplicity.

Music is an art; and to add its flavor on your first Music CD, an artwork is a necessity. Whenever a new musical band steps into the industry, the professional production houses and related people will see how well they’ve produced to bring the image into the market. The audience will be eager to see their album art on the CD cover. You can outsource this job to a graphic designer who is well experienced and support to align with your musical genre. Alternatively, if anyone amongst you has the creativity, it can be also tried out. You can seek a second opinion with your professional references before finalizing the art work.  Who else than your band can bring the passion live and engaged in the design? When you design the artwork, make it versatile and unique to evoke a craving of owning this artwork across costumes and stationeries. When you design an artwork, it has to create an urge for you fan to owning it. Let your fans adore the creativity and the genre of music by great artwork. If it is a hit, you have already established an alternate source of income!

Once you are done with the recording and artwork, the next big thing is to print your CDs. You have to find a good CD Printing company to make copies from the Master CD in which the voice of the band lives. You can also merchandise your music album after getting the best quote to it. If you are associated with a band manager or sponsored by a record agency, you can negotiate for good discounts. Internet can be your best companion in finding out the best partner to finding a reputed CD printing company. You can shop online to find which CD Printing Companies can give you the best deal. After you get the best deal, the next task is pricing your CD.

Pricing strategy is very crucial for your survival. The best way is that once you are done with artwork and CD Printing Company, you can organize a concert and sell the CDs in the same venue. This can be an advertisement of your brand Band. It ultimately brings to your popularity and band promotion. Once you are an established band, you can seek for reputed recording studios which can sponsor all your music events and new album along with CD printing Company.

Clarity For Choosing Blackberry Z10 Over An iPhone

All About the HP Colour LaserJet 3600n

Tech Evolution: 5 Tips To Keep Ahead Of The Wave

Did I choose the best laptop ?