Digital thieves can steal our sensitive business and personal data, while dangerous worms and viruses may infiltrate our network, even if we have an anti-virus software in place. It is also possible for hackers to hijack our WiFi network and use it to infiltrate computer system connected to it. We don’t our online network falls victim to illegal snooping or it can be costly when people “borrow” our bandwidth.

It is necessary for us to lock down online network. Fortunately, latest wireless standards are equipped with built-in encryption techniques. Obviously, generic wireless networks could have a flaw and they can be incompatible to one another, such as WEP and WPA.

Wired Equivalent Privacy (WEP) is an older encryption method over WiFi 802.11 networks and numerous experts have pointed that its security mechanism makes it trivial for people to break in if they want. Discovering the secret key of WEP is relatively easy and once people have it, they can stay in the network as long as they want.

Many administrators believe that using WEP on their network is almost useless. However, before its weaknesses are discovered, the technology has been integrated into nearly all wireless equipments in the market. 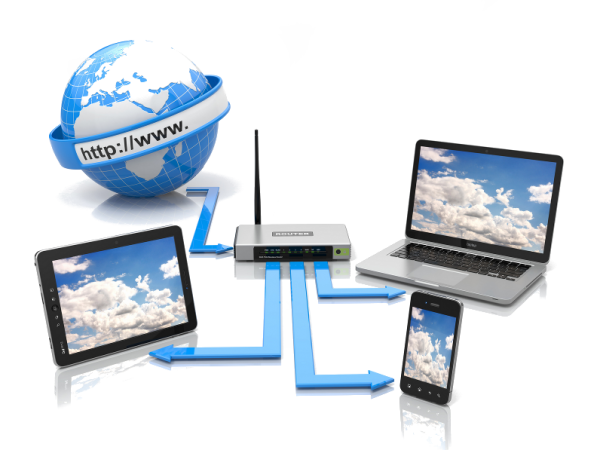 WPA emerged in 2003 and it is intended as the replacement of WEP standard. It fixes most of the security flaws and this makes WAP a much more secure alternative. Unfortunately, it took plenty of time for the new standard to reach many users. Also WPA-capable devices are more expensive. Combined with the fact that most software still supported WEP by default, people ended up in a confusing situation.

Today, many devices are equipped with WPA. As an example, Android smartphones come with WPA PSK and WPA2 PSK features. It’s true that WEP is still better than nothing and it will effectively deter casual users seeking to gain access to unauthorized networks.

Enabling encryption should be straightforward in both personal computers and mobile devices. It won’t require too many clicks, so there’s no reason for us to skip this important step. Initially, we can enable the encryption in the access point or wireless router. The method could be different in each device, but it usually involves accessing the configuration page, working with encryption settings and finally enabling WPS.

We could always refer to manual if we have trouble with this. On the actual personal computer, we could go to the “View Available Wireless Networks” page and then click the “Change advanced settings” link. In the “Wireless Networks” we can go to the Properties page of the selected network.

There should be the WPA option in the “Network Authentication” and we could enable it by choosing OK. It should be noted that we need to repeat the same step on each computer on the network. Enabling the process can be somewhat difficult on existing networks, but should much easier when do this after setting up new networks; especially if we check the “’Use WPA encryption instead of WEP” checkbox.

Warning! Stun Guns are Being Disguised as Cell Phones

Phone Services for All Your Business Needs