In this era we often hear that the rights that women gets today are the same as those of men. Today’s woman can get educated and choose their profession. Of course, they have had voting rights since long and are free to drive cars. Let’s see if women really possess the same rights as men do!

Over the years there has been a continuous increase in the number of woman going out of home to work.  But, do they get the same opportunities as men. There are not many women working in male dominated area like science, engineering, politics and military. For instance, no woman could ever be appointed as the vice president or president. It was only during the last election that we had women contesting for such prestigious posts. Well, it doesn’t imply that they are not competent to join these professions.  But it surely means that it is very challenging for women to be in these professions. Many continue to believe that a woman wouldn’t be able to handle the job of US President, making it all the more difficult for women to get elected to that office. Women often need to pay penalty for having children. It is not unusual for many organizations not to pay them for maternity leave. Likewise, raises or promotions of women having young children are frequently ignored or superseded by male counterparts. Though quite a few of such practices are not totally illegal, these make it rather difficult for women employee to move up in their career. 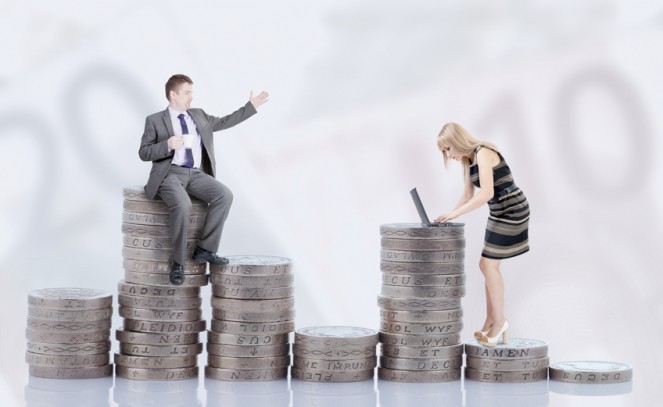 Recently, TIME magazine published an article saying that now men and women are doing an equal amount of work within their home. Well, that may be true, but  it is interesting to point out that the same article talked about men as just ‘helpers’ within the home and not as individuals sharing the same amount of  household duties and responsibilities as women do. This may look simple but running household consume a lot of time, which goes unaccounted when time pent for doing errands is taken into account.

Even today, women who go out of home to work do not earn as much as men. As on 2007, working women were earning twenty two percent less than what men earned. However, it doesn’t essentially mean that women doing the same job as men get paid less though in certain cases it may be true. Perhaps, that is one reason that women are often compelled to accept comparatively low-paid jobs like nursing and teaching instead of working as doctors or school administrators. As a result, women are able to devote more time at home, doing household jobs and taking care of children. It may also signify that women get singled out when it is time for making promotions or granting financial increments.

It’s only now that women are furthering their education after high school and the number of graduate women coming from institutions of higher learning is more than men. Once again, it doesn’t imply that their rate of employment is the same as that of men. A woman as equally educated as a man may be overlooked for certain jobs as she is not considered to be as confident and firm as a man. This may again reflect how society usually views women. And this is exactly why many non government organizations are working at this. Visit http://www.pciglobal.org/gender-discrimination/ to find out more about this issue.

As a society, we have made considerable progress as far as equal rights for the two genders are concerned. Nevertheless, considering certain facts, as pointed above, women do not seem to be at par with men.  Women also get discriminated again when we take consideration of reproductive rights, cases of domestic violence, divorces, medical care and lot more. As a country, we are nearing equal rights, but we aren’t really there as yet!

Criminal Gangs Are Sometimes Brought Down By The Smallest Things

How About The Auto-enrolment Advice?

Debt Settlement- How To Get Rid Of the Burden Of Debt?

Welcome To The Future Of Debt Settlement Under National Debt Relief