It is a sad reality that thousands if not millions of Americans take to the roads on any given night with a blood-alcohol content far too high to be legally operating a motor vehicle. In most of these instances the drunk driver has convinced themselves that they are either unimpaired or completely capable of operating a motor vehicle without incident. In almost every single instance, they are wrong.

Naturally, the smartest approach and the only way in ensure avoiding small to serious problems is to never get behind the wheel of an automobile after you’ve been drinking. Here are a few of the signs that police offices are trained to look for when attempting to spot drunk drivers. 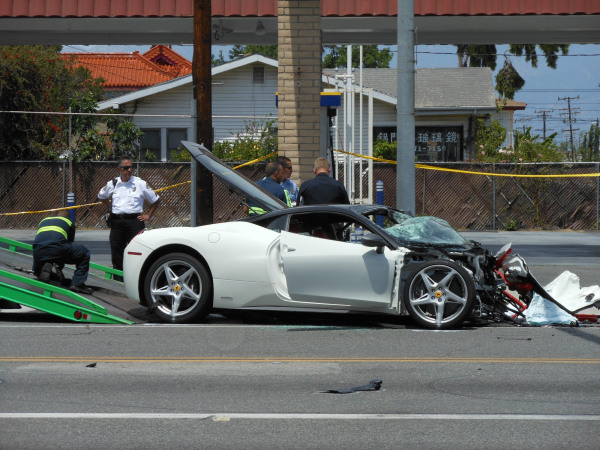 If a person is highly intoxicated while behind the wheel of a car, the signs of drunk driving are usually quite obvious. Behavior such as swerving across the clearly marked lane lines or refusing to obey simple traffic signs are both telltale signs that a driver belongs not behind the wheel of their automobile but behind the iron bars of justice.

A failure to use simple signal lights or headlights properly will also draw the attention of law enforcement quickly. In most cases they will be able to type your license plate number into a dashboard computer and find out exactly who you are and what your driving record is, at which point things will get very serious very quickly.

Once a suspected drunk driver has been pulled over, signs of intoxication turn into official pieces of evidence of drunk driving. Slurred speech and an inability to maintain an erect posture are both painfully obvious signs that a person is far beyond the limits of driving a car, and every second of the routine is filmed by the standard dashboard cameras that are present in almost every police car in the United States.

Thus, a person that behaves erratically when pulled over will have little recourse or defense when the video is played in a court of law.

Preventing a person from getting behind the wheel of an automobile while intoxicated is obviously the only sure-fire way to ensure the safety of everyone in the vehicle and those on the roads and highways of the city.

Taking the car keys away form a person that intends on driving drunk is always a noble move, whether the situation calls for the act to be executed easily or shamelessly. No matter how much disapproval a drunk person puts up in light of the confiscation of their car keys, the act is very worthwhile.

There are several options available for those that find themselves underneath the thumb of incessant alcohol use. Many free government or privately-sponsored programs exist for people that have found themselves at the mercy of alcohol abuse. Clinical professionals determined that alcohol abuse is a legitimate and very real form of addiction many years ago, and the prevention techniques have grown in scope, innovation and effectiveness in the time since.

Christopher Steven is an avid blogger who is passionate about spreading awareness and encouraging safety for all communities while working with Tulsa DUI Lawyer, Zach Smith in his own community to educate and promote safety and accident prevention.

A Guide To Buying Clothing As Gifts

15 Things You Should Know About Your Skin

How To Stay Inspired While Working Out

Hiring A Lifeguard For A Private Event? Keep These Helpful Tips In Mind