Three years ago, I took a huge risk and started my own business Fried.com – a fast-growing software information website. I quickly learned the importance of time management. I was no longer earning a salary, so I needed to squeeze out as much from every hour I possibly could.

I often had trouble staying productive. Apparently, I wasn’t alone. Productivity has significantly slumped in recent years. According to Gallup, only 32% of employees are “engaged” in their work. 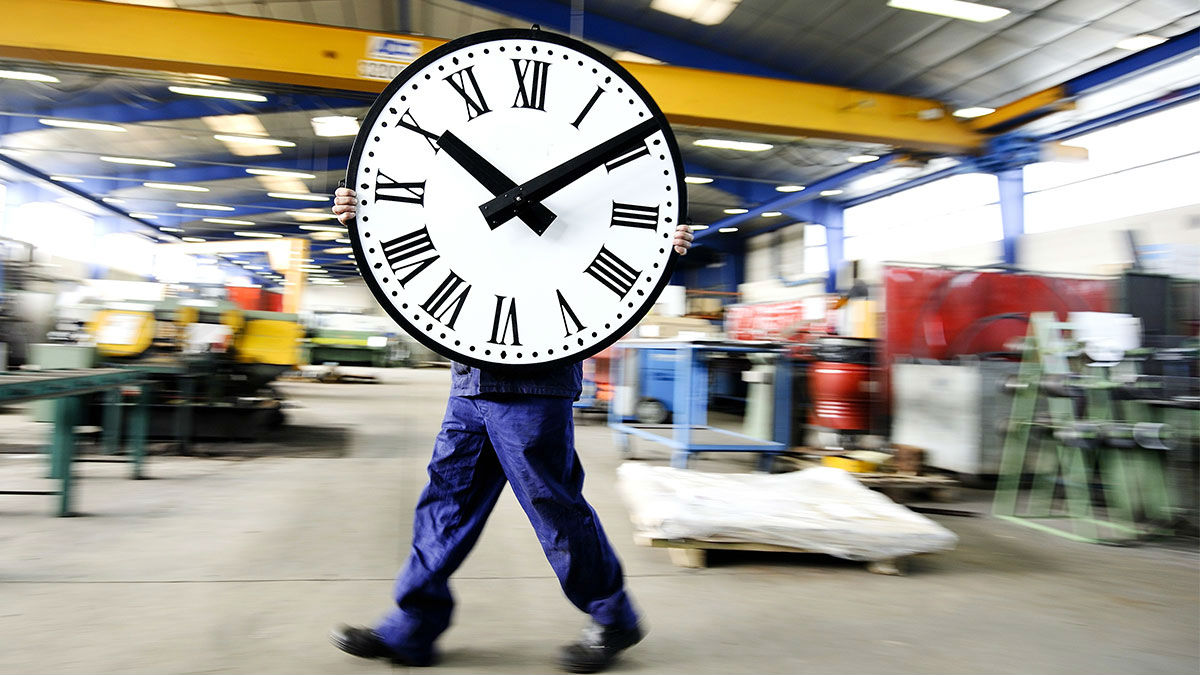 There are a lot of reasons I had trouble finding enough time to get through the day. I was often sleep deprived and had too many distractions. That is a common problem many people face in the 21st Century.

Do you feel that you aren’t meeting your goals? Are you wasting too much time? Don’t worry – there are a few ways that you can reclaim those lost hours.

Go to Sleep and Get Up Early

Many people are night owls. They routinely go to sleep after midnight and are tempted to stay in bed until 10 a.m. Of course, that isn’t an option at most jobs, so they go to work without enough sleep.

Over time, they accumulate a sleep debt. They may need to sleep an extra several hours on the weekend, which is time that could be better spent doing something else.

I found that the best way to get plenty of sleep was to follow a consistent schedule. I wake up at 4:30 a.m. every single day. I don’t sleep in on the weekends. This keeps me from oversleeping and prevents me from having sleeping problems later in the week.

If you wake up tired, you need to resist the temptation to keep sleeping. I don’t hit the snooze button – I just get up and start my day.

Here are some additional things I figured out to get plenty of sleep:

Getting into this routine wasn’t easy, but it definitely paid off.

I get it. We live in the era of digital media. You have new Facebook requests, notifications that your last post was retweeted and your buddy is texting you to grab a drink after work.

I will admit it – I am addicted to surfing the Internet. However, fighting the urge to go on Facebook, text and tweet was essential. It was wasting too much of my time.

Apparently I am not alone. Salary.com conducted a survey and found that texting and talking on the phone were the two biggest time sucks in the average person’s day. Social media and other Internet activities were also at the top of the list. It is estimated that the average person wastes about 50 hours a year on social media.

Digital technology can also leave us feeling fatigued, thereby reducing our productivity. Anthony Wagner, an associate professor of psychology at Stanford University, has found that more digital fatigue increases with the number of content sources we look at.

“When they’re in situations where there are multiple sources of information coming from the external world or emerging out of memory, they’re not able to filter out what’s not relevant to their current goal,” said Wagner. “That failure to filter means they’re slowed down by that irrelevant information.”

I was able to recapture many of those lost hours by cutting myself off from social media during the workday. It was shocking how much more I was able to get done!

If the cold turkey approach doesn’t work for you, try using the StayFocusd app. This app will block you from any sites you visit after a certain amount of time is spent on them. I haven’t tried it myself, but it can work wonders for many people.

You may want to start off by setting a fairly long time limit, such as 30 minutes. See whether or not you reach that limit during the day. If you hit before noon, you will know that you are wasting at least an hour a day using unnecessary websites.

Once you get a sense of how much time you are wasting on social media, start tapering back further. You may want to set the limit to about 5 minutes a day.

I have found that I was able to take back about an hour and a half a day by limiting the time I spend on social media and my favorite forums. You may be able to save even more time if you are addicted to these sites.

Don’t trick yourself into believing you can easily multi-task. According to the Harvard Business Review, countless studies have shown that multi-tasking is much tougher than it seems.

“Unfortunately, the evidence shows that multitasking isn’t always successful: Doing two things well at the same time is possible only when at least one task is automatic… Researchers have demonstrated that the mere presence of a phone makes people less productive and less trusting, and that students who are interrupted while studying take longer to learn the material and feel more stressed. Gloria Mark, of the University of California, Irvine, has shown that workers typically attend to a task for about three minutes before switching to something else (usually an electronic communication) and that it takes about 20 minutes to return to the previous task.”

Pomodoro is another hack that helped me boost my productivity.

Pomodoro it is an approach to minimize fatigue. You take frequent short, breaks throughout the day, rather than a more extended, scheduled break.

The idea behind  Pomodoro is pretty simple. Your productivity will drop sharply if you are too tired. Many people feel burnt out long before the end of the day, so they become effectively useless.

The theory behind Pomodoro is that taking short micro breaks will significantly boost performance over time. A 2011 study from Alejandro Lleras, a professor of psychology at the University Illinois, confirmed that taking regular breaks is a good way to boost productivity.

“Constant stimulation is registered by our brains as unimportant, to the point that the brain erases it from our awareness,” Lleras said. “So I thought, well, if there’s some kind of analogy about the ways the brain fundamentally processes information, things that are true for sensations ought to be true for thoughts. If sustained attention to a sensation makes that sensation vanish from our awareness, sustained attention to a thought should also lead to that thought’s disappearance from our mind!”

For 40 or 50 years, most papers published on the vigilance decrement treated attention as a limited resource that would get used up over time, and I believe that to be wrong. You start performing poorly on a task because you’ve stopped paying attention to it,” he said. “But you are always paying attention to something. Attention is not the problem.”

I generally complete 3-4 Pomodoros before 9 a.m. I found I can get a lot done in that time period. I can usually send 20 emails before the next schedule break.

However, while Pomodoro worked great for me, it isn’t appropriate for everyone. Colin T. Miller, a blogger that works for Yahoo!, stated that she had difficulty completing tasks in the 25 minutes.

“Pomodoros are an all or nothing affair,” he says. “Either you work for 25 minutes straight to mark your X or you don’t complete a pomodoro. Since marking that X is the measurable sign of progress, you start to shy away from engaging in an activity if it won’t result in an X. For instance…meetings get in the way of pomodoros. Say I have a meeting set for 4:30pm. It is currently 4:10pm, meaning I only have 20 minutes between now and the meeting…In these instances I tend to not start a pomodoro because I won’t have enough time to complete it anyway.”

This doesn’t mean that Pomodoro can’t work. It can work if you:

If you are a fairly fast worker like me and can transition to new tasks easily, then Pomodoro can work well.

Get Those Hours Back!

Steve Jobs once said: “It’s really clear that the most precious resource we all have is time.” When I first became an entrepreneur, I found out that I needed to live or die by this quote.

Finding ways to eliminate wasted time made me far more productive as a business owner. There are a lot of ways that you can take this time back too. You just need to get into a new routine and eliminate distractions!

Everything You Need To Know About Your Bone Marrow Transplantation

A Device For Perfect Cut Out