You could be wealthier than you could have imagined. No, it’s not that you actually won the lottery and didn’t realize it. The fact is that you have been collecting a lot of items over the years, which could range from game boxes that connect to your TV, old computers, mobile phones and even CDs from another era. 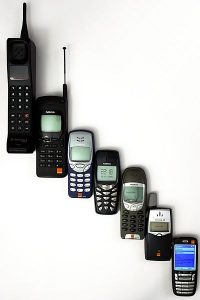 You may have locked them away in a cupboard, hoping to never see them again, preferring to concentrate on the latest technological marvels you use. But those items are still taking up space and can actually be worth some money.

Fortunately, it is a lot simpler than you might imagine. By simply going online to a site such as musicMagpie, you can list all the items that you have stashed away and get an immediate quote as to what you could get for them. If you like what you see, with a couple clicks of your mouse you can consider them sold!

All you have to do is put them in a box, ship them back for free and you can collect a nice cheque for the quoted price. What could be easier than that? Literally, with one trip to the post, you can make some money from your old discarded electronics and music. And in some particular cases, someone will actually come to your house and collect the items. In just a few minutes, from the comfort of your armchair you can clear out your cupboards and make some money from the effort.

Change Can Come from Anywhere

A child was born in February of 1955, and changed the world forever. His name is Steve, last name was Jobs. He was adopted just a few months after being born by Paul and Clara Jobs. The birth of a child is considered a blessing, but this particular blessing with the passing of the years, transformed one child into one of the most important entrepreneurs in history. Early on he displayed a unique and decisive personality which, among other things, caused him to abandon college after just one semester.

He felt at the time that it was going to be far more worthwhile for him to grow as a person by finding enlightenment in other countries and understanding other cultures. Once he returned to California he established Apple in a garage with his friend Steve Wozniak. He created a culture around all the products that Apple ever produced, appealing not only to our intellect, but also to our emotions.

Be Your Own Entrepreneur

Who knows, you might invent the next phenomenal electronic device that the world is waiting for. But in the meantime you can easily get rid of all your old electronic clutter by visiting an online recycler and obtaining an instant quote for all your old stuff.

After shipping it back, you’ll get a cheque within a few days, and you can focus on your next big project. Reducing the cost of your next gizmo or gadget purchase seems like a pretty good idea.

Navigating Through the First Few Years of a Tech Startup

Buying Art on the Internet