One of the most common tree problems of all is known as chestnut blight. Chestnut blight is a fungal infection that has been shown to be responsible for the near-complete destruction of the American chestnut trees in eastern hardwood forest. The roots of the trees that were cut down or killed in the past are still producing sprouts, but they are generally not able to survive past the sapling stage.

As of now, it is uncertain whether or not an effective cure will be developed for the disease in the near future. Chestnut Blight has a particularly widespread distribution, and it is currently thriving as a parasite that targets post oak, Spanish chestnut, and chinkapin trees.

Armillaria is a term that is used to describe a specific group of pathogens that are known for attacking the roots of hardwoods and softwoods. In addition to hardwood and softwood trees, this group of pathogens also attacks vines and shrubs. Generally, this fungus target trees that have already been worn down by other pests or elemental factors. Armillaria is perfectly capable of infecting trees that are perfectly healthy as well, and it has the potential to either completely destroy them or make them more susceptible to destruction by other fungal or insectoid threats. 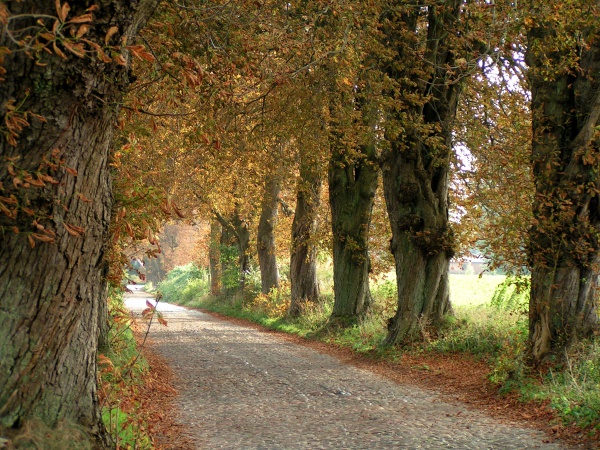 Bacterial wetwood, also known as slime flux disease, is a form of bole rot found within the branches and trunks of hardwood trees. Generally, this form of bacterial infection can be found within the outer heartwood or inner sapwood parts of the affected tree. It is not uncommon for this infection to develop within trees that have already taken noticeable environmental or bacterial damage.

There are numerous types of bacteria that have been documented to cause slime flux in multiple types of trees, and generally, all of them are prone to grow inside of the tree’s wounds consuming its sap for nutrition.

This form of root rot is found commonly in many of the temperate areas of the world. Annosus root rot is a form of decay that is noted as being a particularly common killer of conifers. This disease will commonly be observed eastern and southern United States. Because the fungus generally enters the trees through stump surfaces that have been freshly cut, it is a recurring problem in pine plantations that have been thinned. Typically, the fungus will produce a series of conks at the tree’s root collar.

Anthracnose is caused by a specific group of fungi that are known for targeting flowers, twigs, fruits and leaves. It can be located in many different species of trees across North America, though sycamore and flowering dogwood trees are the most common victims. Depending on the particular host species and the nature of the pathogen, the symptoms are variable.

Some of the more noticeable symptoms are the deterioration of the leaves and twig blight, which can cause witch’s blooming. It is not uncommon for the entirety of the tree above ground to be subject to attack, which can ultimately cause the tree’s death.

Most of the common tree problems can be effectively addressed with a regular application of fungicide. The most optimal time to apply the fungicide is about two weeks before bud break. You may administer the fungicide via foliar application, though some choose to inject it directly into the trunk with positive results.

If you’re interested in tree trimming or stump removal try out Scottsdale Tree Trimmers. They are a full service cactus, tree, and stump removal company who have been around for years!

Tips & Tricks To Prepare For and Answer The KCET Exam Well

What Is A Pegged Order In Trading?

Ladies, Here Are 5 Winning Careers You’ll Want To Snag In 2015

The Various Categories Of IT Support That You Can Get

Advantages Of An Office Fit Out