In the past couple of decades the world of computers and technology has evolved at an unbelievably-fast pace. While in the 1980s the most powerful computers on the world were larger than an elephant, today machines with infinitely better performance can fit in the palm of one’s hand. Arguably the best invention during the furious evolution of computers is the internet, a network that can potentially connect people from around the entire globe with each other, allowing for seamless and instant information-sharing. Today, the internet is used for all types of purposes, ranging from shopping to advice-seeking, and from the looks of it, the future of websites is looking fascinating as ever. 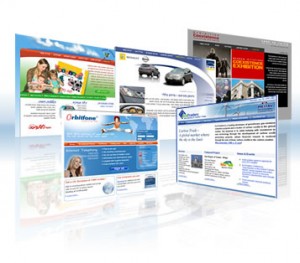 Is Interactivity the Future?

At this point, many would argue that the only direction left for websites to take comes in the form of interactivity and user friendliness. As such, it looks as if in the future, the responsive web design will be all the rage. What precisely makes it so worthwhile? To explain it briefly and simply, a responsive web design has for aim to enhance the user experience as much as humanely possible, reducing the amount scrolling, panning, resizing, zooming and navigation one has to perform. It’s all about automation and delivering visitors the content they are looking for in the most effective and pleasing way possible.

Why Responsive Web Design is So Important

If predictions will hold up, the number of people using smartphones and tablets for navigating the internet will trump the number of personal computer users in less than a year. This means that more and more people will be accessing websites with the help of portable devices, and they all have different screen shapes and sizes. Without a responsive web development design, creating a website that would be displayed in a user-friendly fashion across all devices is nothing short of a nightmare. However, with a responsive design, the content will be automatically adjusted depending on the device being used to view it.

Naturally, creating a responsive design would be impossible if it weren’t for the progress made in Adobe Flash technology. Up until now, it allowed users to customize and modify their websites to a much greater degree than they could with HTML code, making them more stylish, interactive, and dare we say, flashy.

Quite recently the folks at Adobe have released a preview of what the future of web flash will look like for the next generation, and while not much information has been released, it remains clear that it will offer users a greater degree of freedom in how they want to design their website. They will not only be able to make it responsive, context-sensitive and more user-friendly, but they will also be able to benefit from a myriad of new features, including the ability to play 3D movies and animations on the site.

With everything being said and done, it can be safely said that the future of web design, which can already be observed in the trend to use the new technology on UK flash sales site, is based around user-friendliness and adaptability. At the moment, Flash is the only technology expected to allow designers to create such a flexible experience, and it’s safe to say the future for it looks brighter than ever.

Londoners Are Using The Internet In Innovative Ways, Are You?