The pink city, Jaipur, consists of some of the finest historical wonders. Forming an integral part of the Golden Triangle tourist circuit, there are several fortresses, temples, and monuments in Jaipur which demonstrate the Rajputana splendor. If you wish to go on a tour to these amazing destinations, catching the Sampark Kranti train Delhi to Jaipur, which runs on almost every day of the week, would be the best way to reach the city. Know more about the city here.

Being an important part of the Golden Triangle tourist circuit, you’ll see tourists from all around the globe visiting this historic city. Established by Maharaja Jai Singh II, Jaipur is home to some of the fascinating palaces, forts, temples, and other religious and cultural spots worth taking a look at. If you wish to go on a tour to these amazing destinations, catching the Sampark Kranti train Delhi to Jaipur, which runs on almost every day of the week, would be the best way to reach the city. Mentioned below are some of the top attractions in Jaipur, which draws a heavy tourist footfall. 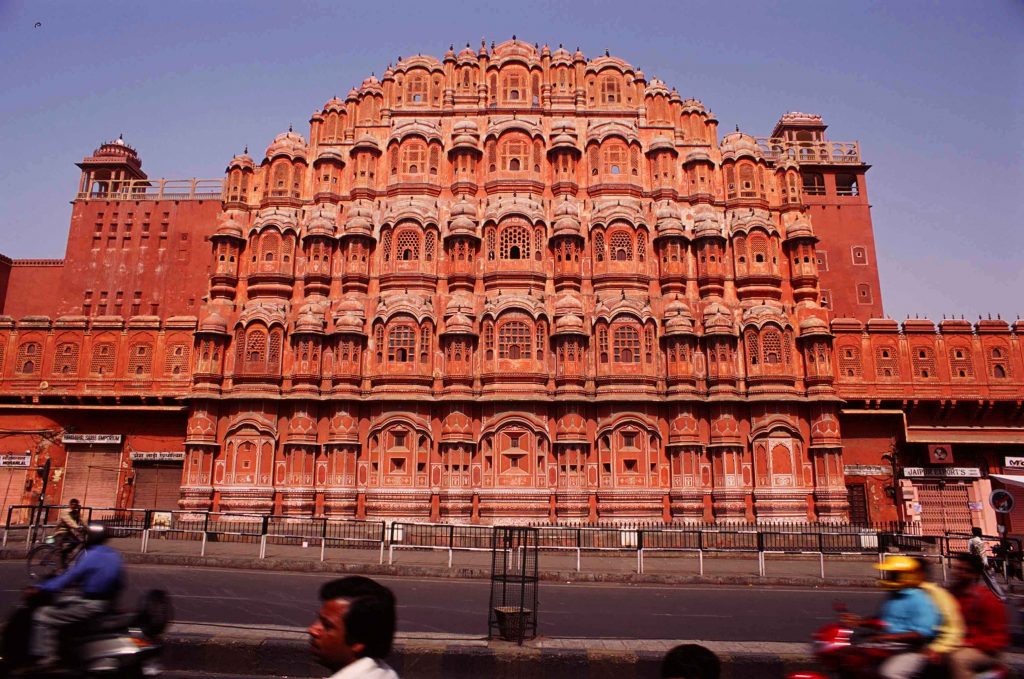 The City Palace – Regarded as amongst the brilliant pieces of architecture in the western area of the nation, the City Palace is an ideal mixture of Mughlai and Rajasthani styles of architecture. Situated in the old section of the city, this magnanimous palace nearly took a year to finish and was built under the rulership of Maharaja Jai Singh.

Govindji Temple – Located within the City Palace complex, this well-known temple of Lord Krishna attracts a large number of visitors and devotees throughout the year. It was built in such a way that the temple deity can be viewed by royal family straight from their imperial palace, the Chandra Mahal.

Jantar Mantar – Considered to be one of the largest amongst the five observatories made during the rule of Sawai Jai Singh, the Jantar Mantar in Jaipur is made entirely out of marble and rocks and pitches the perfect time according to the positioning of the Sun. Jantar Mantar sees a great tourist footfall, particularly the science aficionados.

Hawa Mahal – Interpreted as ‘The palace of winds’, this monument can easily be declared as the landmark of Jaipur. Built during the rule of Sawai Pratap Singh in the 18th century, this multi-storey monument offered a vantage point to the female members of the royal family, who sat behind the rock carved displays of the complex, to see the processions as well as the actions in the marketplace.

Moti Doongri and Lakshmi Narayan Temple – Situated within the Moti Doongri Fort, in the southern area of the city, this well-known temple appears like a Scottish castle and is devoted to Lord Ganesha. Another well-known landmark adjoining the fort constructed entirely in marble is situated at the foothills and is called the Lakshmi Narayan Temple.

Nahargarh Fort – Situated fifteen kilometers from the primary city centre, lies the glorious guardian of the city of Jaipur. Now in ruins, the Nahargarh Fort, is constructed on a hilltop and provides a breathtaking panoramic view of the city. For tourists, there is a little cafeteria which serves from ten in the morning to ten in the night. Several well-known films are shot in the scenic places at the garrison.

Through Online Buy Hex Mag Rifle Which for Sale