Real movie fans may watch a lot of movies, including those made in the forties, fifties and sixties. When we review these movies, we would realize that some of them are politically-incorrect by today’s standards. When we watch Munich (2005) and Exodus (1960), we could see how International politics had significant influence on directorial decisions and screenwriting. Both films are Israeli-related films. Exodus is clearly a pro-Israeli film that depicts the establishment of the state of Israel.

Otto Preminger made this 3.5 hours long film. It is a very educational film and it doesn’t hide the truth about Irgun, a Jewish underground group that used terrorism methods. Munich offers a more complicated moral judgment and self-questioning thoughts that are not available in Exodus. Steven Spielberg is clearly a strong supporter of the State of Israel, but after watching Exodus, we could see how the world has changed in 45 years. In Munich, we see that both sides kill, but moral judgment is now left hanging for the audience to consider. It may no longer be acceptable politically to create films similar to Exodus. 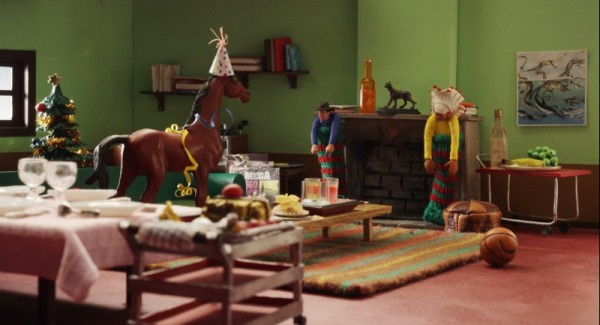 Gangster and mafia movies represent an interesting niche in the film industry. Scarface (1983) is a De Palma’s cult classic and it helped Al Pacino to start its stellar movie career. The film is so influential that it influences the film industry until today. The film is built around the Tony Montana character, a Cuban descendant with violent drug dealing career. If similar film is made today, the Cuban community in the United States will feel that it disparages their society and culture.

This makes Scarface a rather politically incorrect film if made today. The same consideration should also be focused on the Godfather Series. However, with the relatively more recent success of the Sopranos series in the HBO, it is clear that mafia stories are still acceptable with some modifications.

Getaway is a film made in the seventies, starring Ali MacGraw and Steve McQuinn. One of the more memorable scenes is when MacGraw get whacked across the mouth by McQuinn. In this film, she doesn’t hit back. In contemporary films made in recent years, the female character would certainly hit back, because clear intimidation in film isn’t acceptable in the film industry.

Our modern definition of relationship between man and women, doesn’t include slaps across the face that isn’t answered. There are other controversial scenes that aren’t shown in current filmmaking project. The Philadelphia Story is an old film made in 1940 and we would remember how Katherine Hepburn was pushed rudely on the face by Cary Grant.

She was sent reeling to the floor, although it isn’t shown directly on the screen. If a film starred by popular actress and actor has the same scene today, it would certainly lead to a box office disaster. It is interesting how the film industry has progressed in the last 70 years and real movie fans should try to see changes, that are both subtle and very clear.

Why Taking Muay Thai Boxing Classes In Thailand Is Worth It?

Treat Yourself To A St Andrews Golf Tour In 2016

How To Start A Career In Film Industry?