For any modern business with any kind of reliance on digital data these days, the threat of attack from hacking groups has never been higher. It’s not the kind of thing most like to dwell upon, but to ignore these kinds of threats can be fatal. The reason being that just like any other kind of criminal attacks, it’s a case of not realising you have/had a problem until it jumps up and bites you in the rear end. Most adopt the ‘it will never happen to me’ or ‘I haven’t had a problem so far’ attitude until they find themselves picking up the pieces following an attack carried out by what was probably a rank amateur.

Now, it all sounds a little doomy and gloomy to say the least, but is really nothing more than the reality of the modern business world. What’s more, it’s also the kind of thing that should inspire anyone with an interest in looking after their assets to be slightly more proactive when it comes to security and safety, as there are ways and means out there to counter and prevent pretty much every type of data security breach in the book. 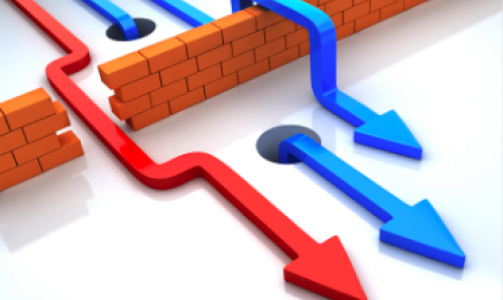 Perhaps the most important example of all from a contemporary perspective is that of penetration testing – aka pen testing. What makes this approach so different and indeed important is the way in which it involves taking a look at the brand’s data and network security systems not only from the perspective of an outsider, but from the perspective of a criminal hacking group. Of course, the hackers you hire to try and gain entry to your system are anything but criminals, instead looking to find where there are flaws in the system for wholly ethical purposes.

There will always be those who assume that the network security measures they have in place are sufficient and that this kind of high-level testing isn’t necessary. Sadly, these also tend to be the kinds of people who end up watching their businesses crashing and burning in the aftermath of a hacking attack. Admittedly, there are thousands of ways in which data security can be bolstered by a business and a fair few firms are pretty well covered across the board, though it’s only by testing what’s in place that you can actually know the score in full.

What’s On Paper May Not Add Up

The simple fact on the matter is that while you may think you have all bases covered on paper, this might not be the case in the real world. The reason being that each and every time a new security standard takes over, the world’s hacking contingencies set about finding a way to breach it. As such, while you may be fully under the impression that your security systems tick all the right boxes and are as robust as they need to be, there’s a pretty strong chance there are dozens of holes in there that you have no idea about. Using standard theory to bump up your security is one thing, but actually finding out in a physical sense where the holes are is another thing altogether.

When you take on the services of a pen testing partner, you’re granted a privileged insight into your security systems from a third-person perspective. And not just any third-person either, but a party with in-depth knowledge with regard to exactly what to do and what to look for. Having never faced a direct security threat, it can be easy and indeed natural to fall into a false sense of security. It’s a bit like assuming your alarm system at home is working fine just because you haven’t been robbed in the last 20 years – you won’t actually know it’s working however until somebody tries to gain access without your permission.

Whichever way you look at it, there’s simply no such thing as being too careful in business – especially when it comes to data security. A simple one-off breach could see the personal data of your customers find its way into criminal hands or perhaps your databases wiped out altogether. In any and all such cases, the consequences could be disastrous and infinitely more expensive to remedy than the highest-level penetration testing program.

It’s a bit like any other insurance policy – it does its job quietly behind the scenes and you won’t know its value until it’s called for. But when it is, you’ll be glad you made the investment when you had the chance.