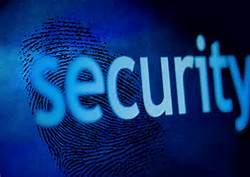 IT Security nightmares are terrible for the individuals they affect, but they can be catastrophic for an online business. Customers wonder if they can continue to trust a company who has “let” such an attack occur, they get frustrated with the down time when they cannot get into their accounts, fear a loss of money or the possibility of identity theft, and often opt to take their business elsewhere.

Here are 5 common results of an IT hacking attempt that was successful and some ideas on how to prevent it:

Even though it was not your company’s fault, often customers blame the hacking attempt on the company it broke into, rather than the hackers themselves. They feel that the company has somehow let them down, when their information is compromised, they cannot access their money or data, or other information. They may fear they could fall victim to identity theft and tend to hold the company responsible.

As discussed above, when customers lose respect for the integrity of a company, they often take their business elsewhere. This creates a loss of customers and income for your business.

Data loss is large part of the disaster involved in IT security breaches. Once data is lost, it cannot be replaced. Even with a good backup system, it is difficult to bring the system back to the exact what it was before the problem.

Because of the security issue, instead of running your business, time must be spent rebuilding the data and server, to get things running again properly. This can mean hours and days of “down time” working on the security issues, when people should be focused on their jobs instead within your company.

This is the bottom line of a security breach. Loss of respect, customers, and data, equals loss of financial gain. It can damage your company in ways you may never understand until it happens. Doing “damage control” can cost in the thousands when you are forced to rethink the way you do things, issue press releases, plan new strategies, and regroup. This is valuable lost company time that is better spent on the business of your corporation.

As you can see, the losses you could suffer as a business can have a ripple effect into several areas of your business. Once the problem has occurred, it can take a great deal of time and money to rebuild your reputation, financial situation, and database to where people will trust you again. Some IT security issues are not as wide reaching as others, but it is the wise business person who prepares today for the contingency of a major attack tomorrow. Major banks, corporations, and even the White House, have been hit in recent months with numerous attacks. It is estimated that some 100,000 attempts or more are made daily to infiltrate the federal government. With that many attempts, it should be a wake-up call for all of us to prepare for such a disaster today.

The best thing you can do is to have a plan in place and people you can contact in the event of such a disaster. Protect what is valuable! But here’s hoping it never happens to you!

Lucas Parker is a professional blogger that provides advice on managed hosting and cloud services. He writes for Compuone.com, a top IT consulting company.

Why is a Safe an Important Item to Have at Home

Two-Factor Authentication for Enhanced Security of Your Online Accounts

Security and Privacy, The Main Problems of Google Glass