A natural source of clean and fresh air for homes, Himalayan salt lamps have become very popular in recent years. Used by many people to remove allergens, cleanse the air within one’s home, and boost one’s mood, these lamps have been big sellers in numerous stores. However, due to recent concerns about possible defects in the lamps that could result in shock or even fire, a large recall is underway. For consumers who have purchased a Himalayan salt lamp in recent months, it’s recommended they return the lamp to the store where it was purchased for a full refund.

As more instances concerning these lamps have been reported to the United States Product Safety Commission, it was decided that a recall needed to be enacted. After careful examination of the instances involving these lamps, the determination was made that the lamps sold at the popular arts and crafts store, Michael’s, needed to be recalled. While many lamps were purchased at various Michael’s stores, the U.S. Product Safety Commission eventually narrowed it down to those lamps sold between July 2016 and November 2016.

Because there are many variations of Himalayan salt lamps, it took some time to narrow down which models should be involved in the recall. However, after examining the available data, it was determined that the Basket of Rocks, Rock of Gibraltar, and Carnival of Lights lamp models were the greatest cause for concern. After looking at the data, experts calculated there were in excess of 80,000 lamps that needed to be involved in the recall process. 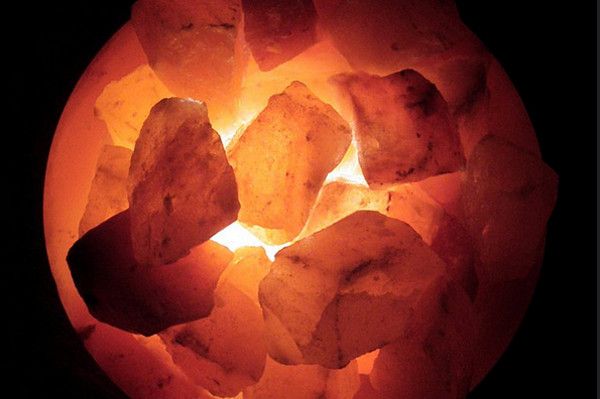 Risk of Shock or Fire

Once it was determined which models of Himalayan salt lamps were causing problems for consumers, the recall notice was made available to the public. Based on the reported incidents, the U.S. Product Safety Commission stated that the most serious issues involved were the dimmer switch and/or the outlet plugs, both of which could overheat and ignite, resulting in shock or fire. However, despite the large number of incidents that have been reported from these various models of lamps, there have been no reports of serious injuries.

For consumers who have any of these lamp models, they are urged to return the lamps to the place of purchase for an immediate refund. Sold under the brand name Lumiere, the lamps can be identified as those that include a single piece of salt rock on a wooden base, or a small basket of rocks. Along with the lamps sold in Michael’s stores, some lamps were purchased online through Amazon.com, and should also be returned for an immediate refund.

Not All Lamps are Defective

While more than 80,000 Himalayan salt lamps are involved in this recall, it does not mean all lamps of this nature are defective. In fact, manufacturers of these lamps note that the vast majority of salt lamps are in perfect working order. However, since many consumers may not be aware of the recall, it’s recommended that consumers who own salt lamps check with the lamp’s manufacturer or the store where the lamp was purchased to verify its safety.

If you have any questions concerning the safety of your Himalayan salt lamp, it’s best to err on the side of caution. By contacting the retailer or manufacturer, you’ll be able to quickly learn if your lamp is on the recall list. If so, do not hesitate to return the lamp as soon as possible.

Mark Sadaka from Sadaka Associates, the leading Vaccine Injury Attorney, has a national practice and works with clients from New York to Alaska.

Getting Proper Data Protection From The Cloud

Hiring A Locksmith – Mistakes To Be Avoided While Making The Selection

Where To Look For Free Proxy Server

Make Some Extra Cash On Your Remaining Server Rack Space