Being in a relationship for a long time is definitely a good cause for a celebration. It means a lot of things which needs to be celebrated in a fanfare manner. When it comes to the celebration of a marriage anniversary, most of the guests are in a dilemma to select the right gift for their host. 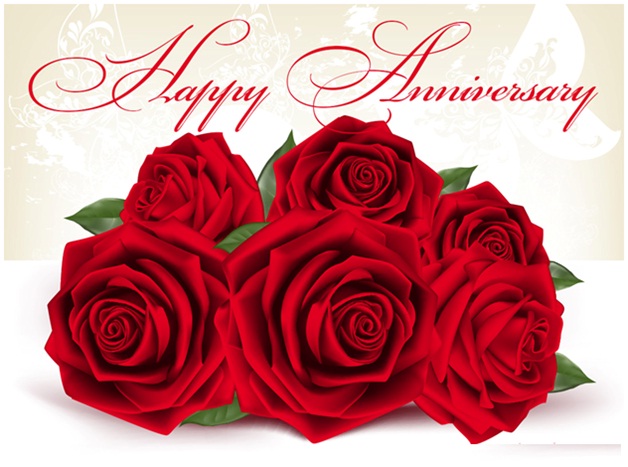 1stMarriage Anniversary- The first anniversary of the couples is represented by the beautiful flower of Carnation. They are the symbol of young, passionate love. These flowers are available in a variety of colors and thus you can select the desired color based on the preference of couples. It is the only flower that holds the sweetness, optimism and passion of the first marriage anniversary that has a long blissful future ahead.

2nd Marriage Anniversary-The second year of the marriage anniversary is a big thing as by that time, couples have put aside their simple understanding of each other and have got to know a lot about each other. This evolving relationship is best symbolized by the lovely cosmos flower that stands for the transformation. It is a sublime flower that celebrates the powerful love blossoming between the couples.

3rd Marriage Anniversary-If your host is celebrating the third year of their marriage, the best flowers for anniversary at this situation would be sunflowers. They stand for the strong, passionate and colorful three years of the marriage. The stalk of this beautiful flower shows the strong foundation which has hold the marriage through all these years. Apart from this, the vibrant yellow petals of the flower shows the love and everlasting passion which is radiating outwards.

4th Marriage Anniversary – Being in a marriage for four long years is a major achievement and the colorful geranium flower best illustrates this. Till this time, the couples have got much comfortable with each other and has numerous surprises for each other. Same essence is conveyed by the geranium flower that represents the comforting beauty and unexpected surprises that are about to come.

5th Marriage Anniversary-If you are unable to choose the right flowers for anniversary of the couples who have completed their five years of blissful marriage, go for these beautiful daisies. The flower is special as each of the daisy’s petals radiates outwards from the center. The center part of the flower signifies the strong bonding between the married couples along with their shared experiences. It represents the fidelity, love and hope between the couples who are slowly treading a long journey of a successful marriage.

Don’t just gift any flowers for anniversary to your host on their big day but take the right step with this informative blog. Once, you know which flowers to gift, you can easily order anniversary flowers online without any hurdle.

Don’t You Feel So?

How The Best Photo Props Are Taken by Creative Photographers

The Essentials Of All Children’s Parties

Gifts To Pair With Valentines Day Chocolates To Surprise A Woman

Where To Buy Sherwanis For Men In Delhi