The absorption of the new taxation regime might seem like biting off more than you can chew. The complex structure has supposedly become difficult for the people to adapt. But the process was promised to be flawless. Then why such problems occur? Do they mainly occur because of the government? Or the people? The blunder lies in a grey area between these two components only.

The government, for the first time, tries to systematize the taxes across all the states of this big nation, but the process turns out to be more troublesome. After the implementation of the GST, the taxation in India entangles with a long thread of rules and regulations. Be that as it may, the people are struggling to comply with the new rules. Although, the economists of the nation seemed fairly positive about the results of the GST. But that belief too ended in a split second. 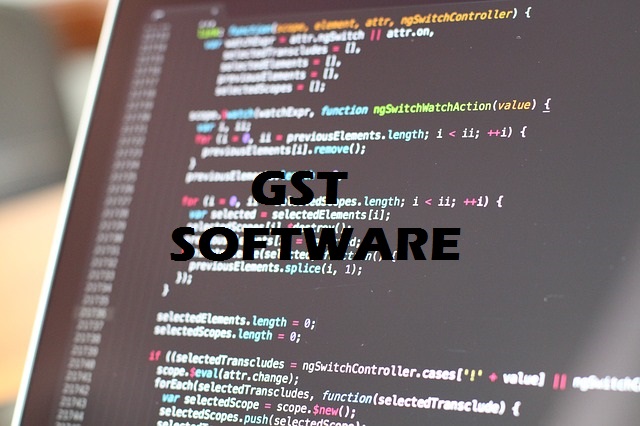 The complete denial from accepting the GST is not something to overthink about. You should, however, dig in for the techniques that can help you improve the taxation process and easily adapt the new one. And the hint lies in a specific technology. It has been decades since the people began using the software to make their work non-burdensome. And not only in some private IT tech zone, but at homes, offices, and everywhere. Do you remember the first time you started using the thesaurus? It made writing easier and effective as well. And just like this reference work, some of the smart brains have also created software to make the taxation easy.

With the government toying the GST Act with the reverse charge mechanism, the need of a GST help-system increases naturally. And in such situation, a tool that helps in the GST compliance, filing and tax calculation, becomes the bridge to connect taxpayers with the taxation system. The GST tool is an integrated software that does the following tax-related tasks for you:

With all the tasks done by a software only, would it be easy to comply with the GST rules? If the statistics are to be believed, then the answer is an agreeable yes. Using the tool lets you storm away all the tediousness of the new taxation system.

Suppose you are a registered taxpayer under the GST Act and the return filing date is nearing. You are messed up with the unclear invoices and pending payments. And you still have to calculate your input tax credit. The sweaty palms and forehead are not helping at all. And crash! You are two days late to file your returns. Generally, this scenario is something that every hardcore business owner would have experienced at least once while trying to cope up with all the rules of the GST.

Since this sounds like a horrible story and you would definitely not want any such thing to happen in your business, so you must go the smart way. The extravagant financial benefits of using a GST software can only be seen in the noteworthy tax status of a taxpayer.

Traditionally, you collect all the documents, file them up in a really nice leather folder and keep them safe. But when it’s about time for the actual tax payment or return filing, your bad fortune makes you to stick with the process of finding tax rate and charges applicable. Now a reliable GST reporting tool has got all this sorted. The amazing user interface keeps you engaged in the process, and the effortless technology behind the software keeps the document upload/download lag-free. You might wonder whether every software is capable of doing the same we just described. That’s arguable.

It is not always compulsory that every software you lay your eyes on would work just fine for you. The relation of the technology and errors go way back. Some inventions were just the result of a mere error. So better watch-out. The pros and cons are many but identifiable. The GST and GST regulations in India are a big whale swimming in the ocean filled with money. And wherever the money is involved, the mess does not require an invitation to come and pay a visit. The software or tool is not magic. It is an apparatus which works as a catalyst in a reaction, not of chemicals but money and documents.

The world of the Goods and Services Tax will become better but will take time as well. In the meantime, it’s the patience and trust of the taxpayers in the government and its plan that really counts. Rest of the chaos is just a mirage that you should avoid looking at. Because it’s not real.

Damp Proofing That Needs Professionals To Get Treated

Understanding The Facts Of Personal Loans