Solar energy has become the next global frontier in the search for cheap, sustainable and renewable sources of energy. Although solar power has been used for many years in order to provide power to homes, businesses and even entire industries, there have been many new technological breakthroughs in solar technology that are changing the way electricity is generated. One major recent breakthrough is that of bacteria powered solar panels.

In a world’s first, scientists in New York’s Binghamton University have successfully created a bio-solar panel that is able to generate continuous electricity in a form of bacteria using the process of photosynthesis. The bacteria behind the new innovation is known as cyanobacteria (or blue-green algae), one of the most ancient and ‘primitive’ lifeforms found on Earth – their first appearance on the fossil record dates back to 3.5 billion years ago! This form of bacteria-powered energy may become critical in supplying permanent power for small devices and wireless systems that need constant power in remote areas where regular replacement of batteries in impractical or impossible.  Essentially, the bacteria are a form of ‘bio-batteries’ which replenish themselves over time. 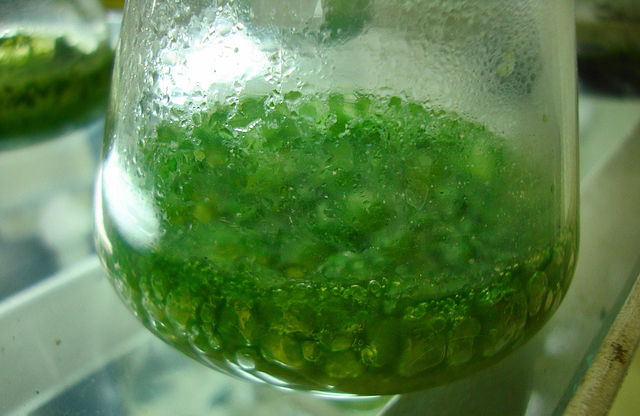 How is the Power Produced?

Cyanobacteria is a sustainable clean energy source that is widely available worldwide in every land and sea habitat. The bacteria’s respiratory activities are used to generate continuous electricity using a bio-solar panel. To successfully do this, miniature bio-solar cells are installed in a 3×3 array to create a nine-cell bio-solar panel. The bacteria in the bio-solar panels use photosynthesis to transfer electrons that produce electricity. The result achieved by researchers using this concept was 5.59 microwatts of clean energy. This energy output can be sustained over 60 hours according to the research carried out.

Despite producing a relatively small amount of usable energy compared to the types of solar panels in use today, the results achieved in this experiment are most promising and represent a positive step forward in the use of bacteria as a sustainable source of energy in the future. Although various studies have been done in the past, very little is still known about the metabolic pathways that make this process possible in bacteria and algae. For now, their low energy efficiency and power density make them unsustainable for actual practical applications today. More research and studies will be needed to understand how bacterial metabolism and energy production works, before we can properly access the potential for sustainable bio-solar applications.

The Future of Bio-solar Technology

The recent Binghamton study reported the highest energy output in any existing small scale bacteria powered solar cells to date. Scientists and researchers are taking further steps to help improve performance by connecting multiple miniaturized bio-solar cells in a panel and creating innovative device architectures. This significant breakthrough may not be the solution for today’s clean energy needs, but could well become a significant part of the world’s long-term renewable energy strategy. With functional bio-solar panels in the future, the powering of small devices by means of frequent battery replacement may end up being a thing of the past.

The Critical Importance of SSL Certificate in 2018

Rolex Repair & How It Works