The public misconception about folks who follow a gluten free diet has it that people avoid gluten for one of two reasons: because they have sensitive stomachs, or because avoiding gluten is trendy.

Let’s consider that second point: maybe it’s trending for a reason? Maybe it’s catching on not because it’s hip to go to a gluten-free restaurant, but because people are starting to catch on that gluten might be more trouble than it’s worth. 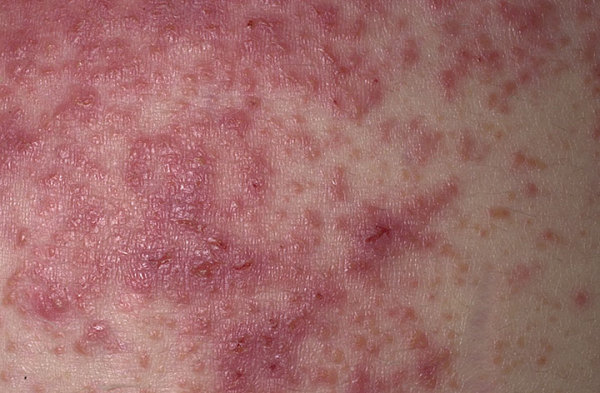 Why Do Some People Go Gluten Free?

Celiac disease is the big one. If you meet someone who avoids gluten, it’s a safe bet that this is why. People who live with this condition don’t just get a little gassy when they eat gluten, they may swell up and be unable to breathe. It’s not hard to find stories of people being rushed from the restaurant to the hospital because of even minimal contact with gluten.

DH is a chronic disease identified by groups of itchy, watery blisters in the skin. These blisters may look like pimples, and show up in breakouts triggered by gluten from wheat, barley and rye. The ingestion of gluten causes the immune system to respond with deposits of IgA, or Immunoglobulin A, underneath the top layer of the skin.

This differs from celiac in that celiac creates lesions and IgA deposits in the intestine rather than on the surface of the skin. Having one condition does not always mean that you have the other, though it doesn’t mean that you don’t have the other, either, and in fact, more than half of all patients dealing with DH have to contend with celiac, as well. The good news is that you can manage both conditions in one step: avoid gluten.

DH is often mistaken for shingles. It’s hard to tell the difference on your own, so when comparing dermatitis herpetiformis vs shingles you’ll probably want to look up some photos online and get a professional diagnosis. The most telling difference is that DH is chronic, shingles are not. You can get shingles once and then never see them again if you’re lucky, but if you have DH, you will want to avoid gluten permanently.

Ironically, a lot of skin treatment products contain gluten. Many people may even mistake DH symptoms for shingles and compound the problem by applying gluten-based topical creams directly to the affected area.

Sometimes, moisturizer alone can help to reduce the effects of DH, but one should always be careful to ensure that they are not using a gluten-based product to treat a gluten-based condition. It may be a good idea to avoid olive oil and sunflower oil based treatments as well.

DH is manageable, but if you are living with the condition, you need to be very careful to avoid gluten. Educate yourself on foods, drinks, medicine, and anything else that goes in or on your body to ensure that it’s 100% gluten-free.

+Dr.Lee  Eberting is a board certified dermatologist and is a past fellow of the National Institutes of Health, who blogs regularly at cherylleemd.com

How Yoga Can Help Your Overall Well Being?

2 Things To Remember When You Need To Lose Weight Fast

6 Top Reasons For Not To Buy Unlabelled Cosmetic Products