Women are markedly underrepresented in what are known as the STEM fields — science, technology, engineering and mathematics — both in education for, and work in, the careers involving these disciplines. More surprisingly, their representation in these fields has decreased over the last generation after rising in the 1970s. If current trends continue, chances are greater that a baby girl’s grandmother earned a degree in computer science than they are of her granddaughter enrolling in the major when she reaches college. As Katie Hafner’s article in The New York Times, “Giving Women the Access Code,” mentions, only 22 percent of current computer science graduates are women while way back in 1985, they constituted 37 percent of graduates.

What Are Some Explanations for this Disparity?

With the explosive use in personal computing since 1985, the exponential growth of social media and women’s intensive involvement in front of the screen, why aren’t they more involved in programming? How can a modern young woman spend hours on Facebook, tweet her every move, build her Pinterest page, do all her homework online, graduate from high school and not seriously consider earning an IT degree or majoring in computer science once she gets to college? 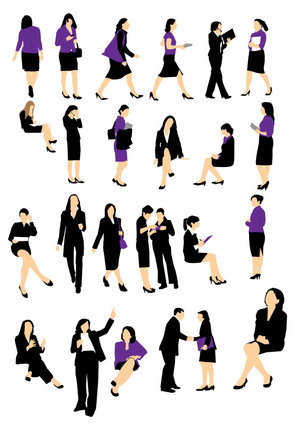 A recent article by Jenny Marder with PBS in ScientificAmerican.com explores a number of possibilities for the lack of women in computer labs. In “Why the Engineering, Computer Science Gender Gap Persists,” she cites psychologist and gender expert Madline Heilman and her studies that emphasize the continuing strength of gender stereotypes. According to Heilman, our cultural beliefs about innate gender abilities — albeit unspoken and often denied as untruths — continue to strongly influence which careers we ultimately choose. Men, more so than women, are believed to be rational and logical creatures; these characteristics are deemed more important in computer science than those associated more with women such as empathy and community. This kind of stereotyping is not just an external bias; women internalize such beliefs as well. Many studies have noted that female students routinely underestimate their abilities as compared to their male classmates while holding higher grades in identical courses.

Even the computer science major has mistaken stereotypes associated with the discipline. As one chairman of such a program admitted to Katie Hafner, “We realized that we needed to show students computer science is not all about programming.” He also added, “[Computer science] has intellectual depth and connections to other disciplines.” Judy Woodruff’s interview on PBS resulted in one surprising solution to the entire problem: image. Girls and young women don’t often recognize the areas in which computer science can be applied — such as medicine, arts, architecture, fashion or design — and dismiss the entire major as “boring.”

What Solutions Are Being Applied?

With the leadership of women established in the STEM communities, colleges are beginning to redesign computer science courses to relate them to other disciplines. Other institutions have just begun to make an introduction to computer science a prerequisite for all students. Official mentoring relationships are encouraged by employers, universities and high schools to capture young girls’ attentions early. Finally, in an effort to fight the stereotype of the kind of women who study math and science, a group of cheerleaders for professional sports teams with degrees in mathematics or science have begun to appear at educational events.

Computer science is a wonderful career for women, especially, to pursue. It’s applicable to almost every other discipline and often has the flexibility necessary to raise young children. It’s time women got behind their computers too.

Why Is It Always Better to Outsource Web Designing Projects?