In 1911 the British announced that the capital of British held territories in India was to be transferred from Calcutta to Delhi. This would necessitate some changes to the city planning. One major change would be to the area where the Old Delhi Railway Station was located, the end of the Agra-Delhi railway line that was used by so many commuters up to that point. When this line was moved, due to proper city plans and architectural designs for the new capital, the area would become known as Lutyen’s Delhi, an area and style of classical architecture that still stands proud to this day.

The first flourish of what would become Lutyen’s Delhi was in this area, with the formation of the New Delhi Railway Station near Ajmeri Gate in 1926. Lutyen’s, a British architect, was given the task of drawing up plans and designs for the brand new central administrative area of the city of Delhi. This would include at its very heart the grand Rashtrapati Bhavan, the former Viceroy’s House. This structure was built atop Raisina Hill, connecting through to India Gate.

It wasn’t just Lutyen who was tasked with designing the new structures for New Delhi to be built on. Herbert Baker designed both Parliament House and the Secretariat Building, with other architects involved in the design process of a number of other buildings and structures in the area. These include, FB Blomfield, Arthur Gordon Shoosmith, Henry Medd and Robert Tor Russel. In fact, Edwin Lutyen was only involved in the design of four bungalows in the area of the Rashtrapati Bhavan Estate. He was involved in a number of Government buildings located outside of what is known as Lutyen’s Delhi, however. 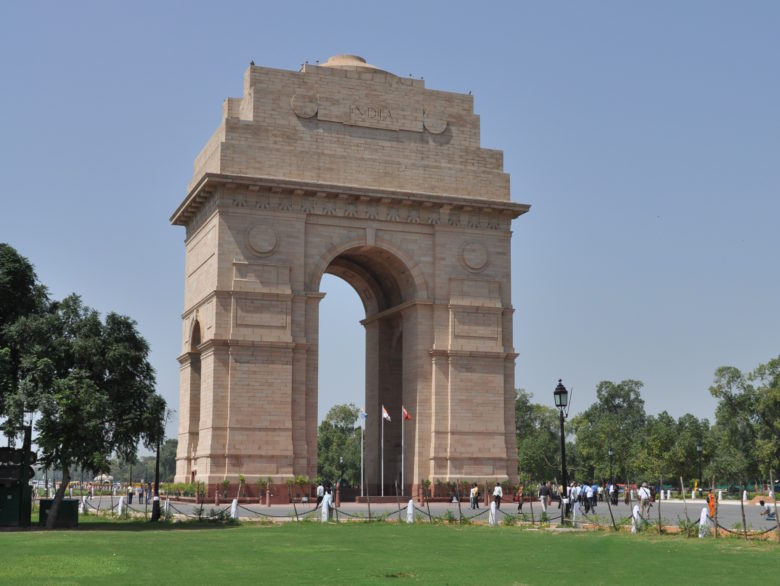 How did Lutyen become so intertwined with the idea of the architecture of this period in what would become New Delhi? He designed the part of Delhi referred to as LBZ (Lutyen’s Building Zone), created between 1912 and 1930. It was he who decided to establish a new order of classical architecture (Delhi Order), with a vastly different approach to the design of structures and town planning than other traditional British architects of the time. The fact it came during a period where Delhi was proclaimed the new capital of British interests in India made him an even more important figure to inspire future generations of architects in the country and beyond.

He was highly inspired by traditional Indian architecture and wanted to implement the style alongside his own history and British reflections. This can be clearly seen in the Buddhist dome that is placed over the top of the Rashtrapati Bhavan, a palatial 340-room building designed as the residence of the Viceroy of India, and is now the residence of the President of Independent India. Lutyen planned the new city to include wide tree-lined avenues in the spirit of British colonial rule, building towards the walled city of Shahjahanbad to the southwest of Delhi. Other important buildings that were designed by Edwin Luyten’s during this period in Delhi include Baroda House, Patiala House and Jaipur House. His influence left an indelible mark on this administrative area of Delhi that can still be seen to this day.

Inside The Laboratory: How Technology Is Changing Modern Medicine

Poker: A Game Of Skill And Luck

Should My Air Conditioner Be Frozen?