Every time the phone rings and you see an unknown number flash on the screen, you think to yourself that it must be a call from a telemarketer and don’t even think of accepting it for once. One cannot blame the customer. The customer has to fit all the work within a 8-9 hour timeframe and amidst this, many such calls get unheard. Now think about the companies whose business might be suffering at the hands of the customer’s disinterest of attending such calls. There must be a solution for this and it is in a voice broadcast system.

Voice Broadcasting is a well known mass communication technique that came into being in the 1990’s. The main purpose of voice broadcast is to broadcast telephone messages to mass recipients at once. The effectiveness of voice broadcast lies in the fact that customer targets which include members, subscribers, customers, employees and so on can be connected almost immediately. Voice broadcast works on two levels. One, it manages a database of phone lists and second, it also handles a list of digitally recorded phone messages. Using both, voice broadcast systems have revolutionized communication with customers in today’s marketing scenario. 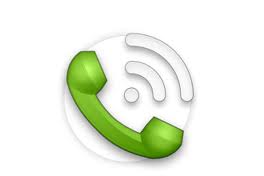 Direct communication has and still is the reason of success behind marketing campaigns. But what if the customer cannot be reached face to face all the time? Voice broadcast has bridged this gap. It works as an interactive voice messaging system that allows the call recipients to lend an ear to the voice message and interact with the system through the keypad. Voice broadcast system is also designed to play other recorded messages according to the selected choice of the listener. It also redirects the caller to another suitable menu or extension. The more advanced voice broadcast systems come with telephony boards with the ability to detect answering machines. The use of logic to pick and play a unique message to answering machines without truncating them have further added to its growing popularity.

Undoubtedly, voice broadcast marketing has its own advantage. Not only is it a great method to get across to your customer, but this direct marketing method works well to generate prospective leads and get more leads from your existing customer base as well.

Voice broadcast is also consistent in nature, which is again important from the business perspective. Manually connecting with individuals might not be easier on a day to day basis. This is a problem that can easily be solved through voice broadcast marketing.

Coupled with this, is time and flexibility factor, both of which are crucial in the business scenario. It is important that all information, market offers are deployed to the customers uniformly and within a stipulated timeframe. It does not help the company neither the customer if promotional offers or customer valuable information reach them late.

The cost effective nature and the other useful features further strengthen the wide acceptance of voice broadcast in various industry sectors. For example voice broadcast allows the following advantages:

Idania is a freelance writer based in the United States. Idania has researched the options in voice broadcast marketing using the web. In her spare time, Idania enjoys online shopping and spending time with her family.

ACT! Software Takes Customer and Contact Management to the Next Level

What Are Some Good Mobile Lifestyle Applications To Find Flatmates?

How To Bridge The Gap In Multimedia Communication

Malwarebytes Anti-Malware 1.46 Helps You Clean Up

3 Most Amazing Video Players For Your Android Smartphone