The Android revolution has taken the smartphone world by storm. As the consumer base for the Android phones have grown across the world, the budget market has started to kick in with a variety of smartphones in the offering.

Lenovo A6000 Plus is a good package which has a 5-inch screen combined with 720p resolution. The phone has 2GB of RAM for all the processing needs. 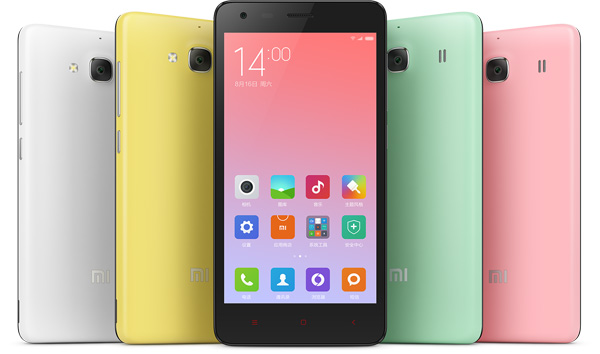 The Chinese manufacturer Xiaomi totally nails it with the Redmi 2. The phone has a 1.2 GHz Quad core processor with 2GB of RAM powering the phone which has an internal memory of 16GB. You can use amazon promotional codes from CashKaro.com to get the device for a huge discount with the benefit of additional cashback.

The device has Wi-Fi connectivity, is dual SIM compatible and has Bluetooth connectivity as well. There is an 8MP rear camera and a 2MP secondary camera for capturing images. The device is competitively priced with the only downside being its rear camera which has poor flash and renders very ordinary images.

Android v.5.0 Lollipop update is expected to roll out soon which can make the device even more sophisticated. There is an 8MP rear camera and a 2MP front camera for photography enthusiasts. The 1GB RAM in the device is a little bit of a letdown. The battery capacity of 2000mAh is also inadequate. The phone is Wi-Fi enabled and has an internal memory of 16GB which can be expanded up to 32GB.

From the stables of Yu Telventures comes another big phone. This time it is the Yu Yuphoria which is big on features and specifications.

The device which runs on Cyanogen OS 12 based on Android Lollipop v.5.0 has good customization options available. The battery capacity is 2230mAh which is quite decent and the phone lasts long on a single charge. However, there are some issues with the proximity sensor and the camera does not match up to expectations.

Motorola has taken the budget world by storm with the Moto E version of smartphone. The device is built for kill and has all the features needed to be a perfect smartphone.

The Quad core 1.2 GHz processor gives the user a fluid experience with an internal storage of 8GB. The 5MP rear camera is good for capturing shots with vivid clarity, while the VGA camera in the front is decent for selfies. The screen size and RAM capacity are the big letdowns in an otherwise very good smartphone.

The Route Of Electronic Music In Spain

Send Lily Flowers To Convey Your Love On A Special Occasion