The world of IT is no longer the boy’s club it once was. A wide variety of different women have left an important mark on the industry as a whole. Though these women have no doubt faced problems and challenges throughout their careers, their contributions to technology as a whole cannot be overstated.

As each day passes, both men and women will continue to bring innovation to the table in the world of technology as long as they continue to motivate and support each other. It’s not a competition of who is the superior gender, it’s a competition of how much success can be achieved with individual efforts. Women now have the opportunity to step up and show the industry they can be just as important as their male counterparts.

Three women in particular have stepped up to the plate in the technology field to show the rest of the world that their contributions are just as valuable as anyone else’s. Understanding their stories can also help any aspiring individual to truly embrace the opportunities around them. 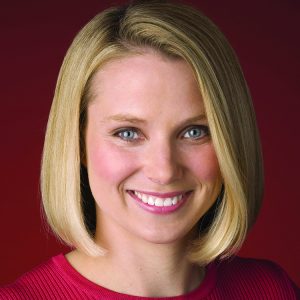 Marissa Mayer, CEO of Yahoo!, has been described by industry insiders as one of the most powerful women in Silicon Valley. She started with Google in 1999 after graduating from Stanford University. When Mayer started, the company had fewer than two dozen employees and no other female staff members. One of the biggest challenges Mayer faced when beginning her career was choosing what company to join. She ultimately decided to work for Google because she felt it had the smallest staff and it represented a great personal challenge for herself. Her advice to women in technology is to work with the smartest people possible, work someplace where you’re comfortable and work with someone who believes in you. Finding someone who matches those criteria, she says, will results in finding a person who is ready to invest in your future. Now that she is leading Yahoo!, she continues to inspire those in her field with hope for a successful future.

Kim Polese is an incredibly high profile and influential tech entrepreneur. One of her biggest accomplishments was founding a company in the 1990s called Marimba, which made groundbreaking advancements in the way companies used Java-based software. Polese has said she’s overcome the gender bias issues she faced when she started her career with a combination of aggressiveness and intellect. The advice she typically offers to women who are currently working their way up through the IT industry is geared towards future CEOs, who she says needs to make sure customers are successful and to make sure a company is supported by a talented team.

Virginia Rometty is the chairwoman and CEO of IBM and is the first woman to lead the company in the entirety of its 101-year existence in January of 2012. One way Rometty overcame the challenges she faced early in her career was to never refuse to do something, even if she didn’t know exactly how to accomplish a particular task. Completing new jobs and tasks led to additional experience and eventually to a long and successful career in IT. One piece of advice Rometty has for women, which she told to the 2011 Power Women Summit, was to never be afraid to take on something new. She also says growth and comfort will never coexist.

Influential women like Marissa Mayer, Virginia Rometty and Kim Polese say there aren’t a lot of female members of the IT community due to common misperception. Not only is the IT industry in general seen as a male-centric occupation, but a basic love of computers and technology is also seen as an exclusively male concept. The number of dedicated and talented women in IT will continue to grow in the next few years, however, as more and more women get additional experience with computers and technology on a daily basis — from cloud hosting to video game programming.

No More Brick and Mortar: Smart Businesses Run On The Web

What Are The Best Benefits Of Hiring Criminal Lawyer?

Top 5 Habits That Are Leading To Skin Discoloration