Motorola, smartphone division owned by Chinese smartphone giant Lenovo,has rocked the budget segment with its G series smartphones. With the arrivals of flagship devices from other competitors, the company has also launched its own flagship devices. The upcoming flagship smartphone by Motorola is Moto Z Force. The device has all the best in class features. Here, we will review if you should go for the device or not. 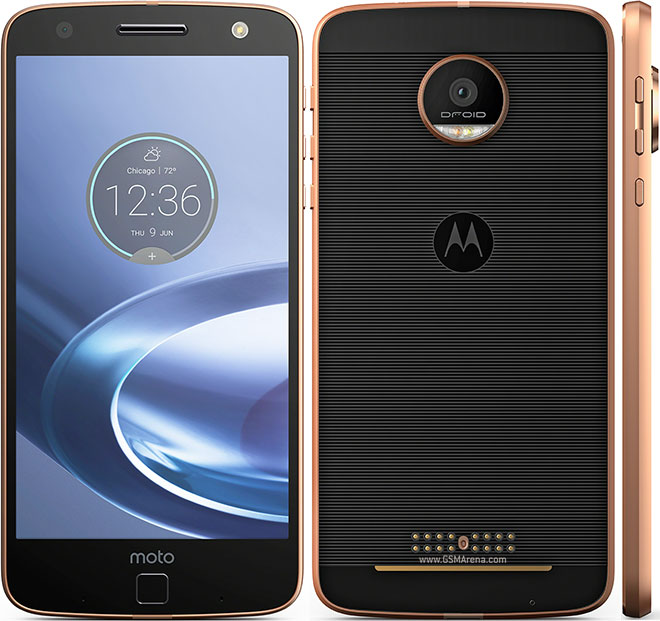 The Moto Z Force device is expected to launch on March 20, 2017. It will arrive with Android 6.0.1 (Marshmallow) and is expected to get an update for Android 7 (Nougat). As mentioned by some relevant sources this device is a single SIM device. The SIM tray will house a single nano GSM SIM card. It supports networks like 4G(NOT INDIAN BANDS), 3G and 2G.

The dimensions of this device are 153.3(H) x 75.3 (W) x 5.1 (T)mm. The device weighs 153 grammes, and it is pretty convenient to handle. The build material for casing and back is made from metal. There are two colour variants for this device black and gold. The device is certified to be splash proof. It sports a humongous 5.5inch AMOLED display with the screen resolution of 1440 x 2560 pixels. The display of this device is protected by Corning Gorilla Glass and operates on capacitive touch which also supports multi-touch system. For this device screen-to-body ratio is 72.07%.

The device is based on Qualcomm Snapdragon 820 MSM8996 which is a quad-core processor with a 2.15GHz dual-core Kryo chipset and 1.59GHz dual-core Kryo chipset. The graphics on this device are handled by Adreno 530 GPU which is enough for playing any high-end Android games. The device also has a 4GB RAM for faster and efficient multi-tasking. The onboard storage on the device is 32GB, and it can be expanded to 2TB using a microSD card. Considering the given figures if the company is offering 32GB onboard memory then the user might be getting 26-28GB, and the rest of it is occupied by system apps and OS.

This device has two cameras one on the rear and other on the front. The rear camera is also referred as a primary camera. The rear camera is a21MP shooter with laser auto-focus, and it has an aperture of 1.8f. It has optical image stabilisation for rectifying the vibrancy in images. The rear camera has a dual LED flash with which it can capture bright images even in low-light conditions. The image captured by the rear camera has resolution 5288 x 3968 pixels. Exposure compensation and ISO control option can be found in the settings panel. One can also select the default storage path in the settings panel. Normally smartphone cameras have two modes continuous shooting modes and High Dynamic Range (HDR), but in this device, there is another mode called Burst mode. The rear camera has 8x zoom capability along with FaceDetection and touches to focus feature. The front camera is 5MP and has an aperture of f2.2. The front camera is accompanied by a LED flash to capture sharp images in low-light. Leading PR agency in India.

The device is powered by 3500mAh battery made from Li-ion material. It is a non-removable battery, and it does support fast charging. Motorola refers fast charging as turbocharging so if you find the word turbocharging don’t get confused.

Moto Z-Force is a single sim device which can house a nano type GSM network SIM. The device supports 4G (NOT INDIAN BANDS) 3G and 2G. The device is also Wi-Fi enabled for flawless data access. The Wi-Fi standards approved for this device are Wi-Fi 802.11a/ac/b/g/n/n clocked at 5GHz. The device is enabled to work as a hotspot itself which means network sharing can be done. The device is enabled with Bluetooth v4.1 for speedy file sharing over Bluetooth and connection with another audio device is much better. For navigation purpose, the device is built with inbuilt GPS. Near Field Communication (NFC) is provided on the device. The charging and data sharing with desktop/laptop can be done with USB Type-C port. Do note that the device doesn’t have a micro USB support so for using any OTG device you will need micro USB to Class C connector.

The device is mounted with a fingerprint sensor on the front side. The fingerprint sensor is hassle free and very fast method to unlock the device. Other sensors on this device are alight sensor, proximity sensor, compass, accelerometer and gyroscope.

Moto Z force price in India is expected to be around 40k. The device is definitely worth for the cost. Many extraordinary features like NFC are provided. One must hesitate to buy only if he/she is an avid dual SIM user. This device supports single SIM only. Waiting to buy a smartphone, say to yourself “Hello Moto.”

Top Things To Consider While Designing A Website In 2015

The Ideal Mechanism Which Enables You To Manage Your Tasks Prolifically

How To Record Webcam Video With The Movavi Screen Capture Studio