For all businesses, communication is the key to success. This is how you advertise and engage your target audience, and this should be done through film. Film is a memorable form of media, and when produced by specialists it can inform and entertain your audience and paint your organisation in a positive light. 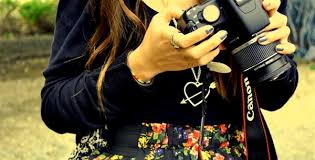 The internet and social media has completely revolutionised the way in which businesses communicate with their target audience. It is now easier and faster than ever to communicate, and this enables businesses to inform, update and advertise with ease. However, it can also be difficult to stand out from the crowd and communicate in a memorable way. Text and images are often ignored, but you will find that film is a form of media which people are naturally drawn to. With both audio and video elements, it makes film a very engaging and memorable format, and visuals are also processed much faster than text. Also, by using films you can quickly and easily convey complex messages to your target audience. When you have a film of the highest standard, you can then upload it to your company website and via social media where it will then be seen by your target audience.

There are all kinds of different videos that businesses can use to become more successful. This could be a product advert, manufacturing process film, recruitment video, explainer video, showreel, interview with the CEO, live event film, training video, case study or any other type of film. Communication is the ultimate key to success for all businesses, no matter whether you are a small start up business or an enormous corporation. When you communicate effectively, it will attract people to your business and it can also help to boost your reputation and allow you to stay ahead of the competition. However, in order to impress your audience you will need to ensure that the film is of the highest standard and created by experienced and talented filmmakers.

There are corporate video production companies that specialise in producing films that is of the highest standard for any kind of business. These companies know how to communicate messages through the film format, and they also know how to make film which is entertaining, informative as well as memorable. They will meet with you to understand your goals and vision for the film, and then using their expertise they will create a fantastic film which paints your organisation in a positive light. Additionally, the top video production companies will always deliver the film in time and within your pre-agreed budget.

You are much more likely to make a positive and lasting impression on your audience if you use film; as text and image is often ignored and forgotten soon. A sleek, entertaining, informative and well put together film can have an enormous impact on businesses and could help you to become more successful. The internet has transformed communication for businesses, and video is at the forefront of this revolution.

View Smartphone Activity Of Your Kids With A Mobile Monitoring App

Sony Xperia z5 Is All Set To Pave The Ways

Could Your Family Be Susceptible to Identity Theft?