After a very disappointing performance in the Rugby Union World Cup last year, all eyes are currently on England and the new manager, Eddie Jones. At the time of writing, Jones has not released his team selection for 2016 and the upcoming Six Nations Championship, although rumours abound regarding the captaincy of the team and the players likely to be selected. And while the Six Nations is a key feature of the rugby calendar, club teams across the UK are currently focusing on their performances in the Premiership, Championship and the other club leagues, as well as the European Champions and Challenge Cups.

While the home nations may not have performed as well as they might have liked at the World Cup, UK club rugby is very strong indeed. Clubs such as Saracens, Wasps, Bath, Northampton, Gloucester and Leicester attract world-class players – both domestic and international. It goes without saying that the key to success is in the training and team selection, and keeping players fit is vital to any team’s director of rugby. Professional teams will train daily, from the usual on-field training with rugby equipment such as pads, tackle bags and kicking tees to off-field gym and fitness sessions, which perhaps surprisingly might include yoga or martial arts elements. Add to this regular sports massages and physiotherapy sessions, and you begin to see that keeping a team of rugby players fit and strong is no mean feat. This degree of professionalism, which has changed the face of rugby since the game went professional in the mid-1990s, inevitably filters down through to the semi-pro, amateur and youth levels. 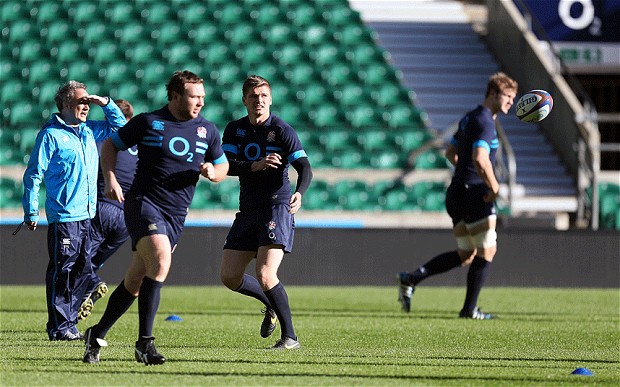 Teamwork Is the Key

Even at grass-roots level rugby at your local club, playing in matches is only ever part of the game. Senior amateur players will still take to the field and gym for regular sessions, and even the hugely popular youth teams focus their attention on fitness and safety drills and teamwork. This gets the potential rugby players of the future used to the rugby equipment and ethos right from the time they start playing in minis touch and tag rugby at the age of four or five. Training sessions not only improve fitness, but they help unite a team. A team is really more than the sum of its parts, and without team spirit and teamwork it will never succeed.

Passing on Their Expertise

The big clubs are keen to pass on their expertise to the next generation of players too. This can take the form of the clubs’ amateurs team, as in the case of Harlequins, for example, or youth sections of the club itself, as in the case of the Exeter Chiefs. Or it might take the form of competitions and events run by the main club. Saracens, for example, runs a festival for the minis as well as training camps run by the club’s rugby development staff. It’s this level of co-operation and the sense of belonging that makes rugby the sport it is.

Sharing The Love Of Football With Everyone!

Enjoy The Adventurous Diving In The Waters Of Koh Tao