GATE is the abbreviation for Graduate Aptitude test in Engineering. It is given by graduates to apply for the post graduate (after engineering) streams in the very prestigious colleges and institutes of India. The associated colleges are NITS, IITs, ISM Dhanbad etc. The GATE entrance was given by several lakh of people. They were all waiting for the results, after the conduction of the exam in the earlier phase of this year. Now that the results have been declared, and each candidate has the score card, it is time now to tally with the cut off for GATE 2016 and compare and plan for admission. 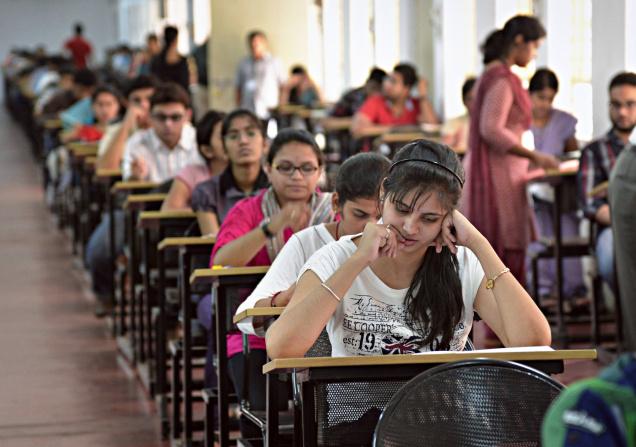 According to our sources, based on a statistical analysis, around 9 lakh candidates appeared for the exam, and in all, approx 15 percent to 16 percent of the total candidature qualified the GATE cut offs. The score cards were made available to the qualifying candidates only. The GATE 2016 cut off has been released by many institutes that are providing admission based on this entrance exam. The cut off is released which varies for the different castes and categories. Let us have a look at the qualifying marks this year for the different streams.

The statistics match a lot with the previous year cut off data. The cut off marks vary very slightly, as was expected for 2016. And as we cannot from the above table, the cut off marks for GEN category is the highest. The cut off was obtained by GATE authorities based on the percentile calculation. Percentiles are calculated with reference to the marks of the highest scorer in GATE for that particular academic year. The results were declared on time, as scheduled on the 19th of March, 2016 after the declaration of results, the GATE score card provided to the qualifying candidates will be valid for the time span of 3 whole years. Thus, it must be kept safely. Now, based on the above cut off scores, the candidates who qualify stand a chance to get admission for programmes in Engineering/Technology/Architecture as well as Doctoral programmes.

Applications for most institutes have already begun, and the closing date is near too. The official website of GATE 2016 provides all information about the cut off marks, results, admission, etc. In order to know more, check out the official online GATE portal. The link to it is :http://gate.iisc.ernet.in/. The score cards too can be downloaded from this website. Trust only what is provided on this portal. Stay up to date with the GATE 2016 notifications on the above mentioned link. The counseling information, which is vital for all qualified candidates, too can be checked in details from the above link.

How Collaboration In The Enterprise Leads To Effective Task Management